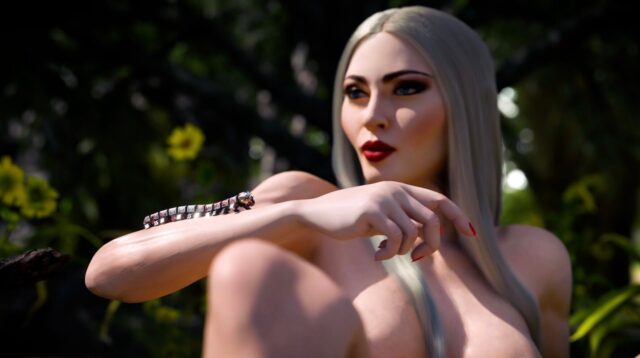 Has Madonna become a firm believer in the blockchain technology?

The pop culture icon’s interest in nonfungible tokens surprised her followers in March, when she purchased an NFT of a tattooed ape from the Bored Ape Yacht Club for 180 ETH, a digital currency worth $560,000 at the time.

These videos depict a naked, CGI Madonna giving birth. The project is called “Mother of Creation.”

According to the project’s website, each piece reflects “a different type of birth in our current world.”

A video titled “Mother of Nature” depicts Madonna’s avatar resting on a laboratory bed with her legs spread as a tree sprouts out of her.

Madonna delivers a new poem composed for the project as leaves and flowers bloom. “My journey through life as a woman is analogous to that of a tree… beginning as a little seed and always pushing against the resistance of the earth.”

The “Mother of Evolution” depicts butterflies emerging from her body, suggesting a “sign of hope.”

This time, the avatar is put in a post-apocalyptic setting while Madonna’s symbol reads the lyrics of “Justify My Love” in the background.

The final video, “Mother of Technology,” depicts centipede robots crawling out of the singer while she lies in a jungle, “illustrating how science may also give birth to light into the world, but only if employed with the proper consciousness.”

Winkelmann, who is famed for selling an NFT for $69 million at Christie’s in 2021, stated, “This is such an unbelievable, insane honor…. ” I rarely collaborate with others. This will likely be the last one I do for a very long time.”

SuperRare will auction off Madonna and Beeple’s NFTs for charity from Wednesday to Friday.

The NFTs are unique blockchain tokens that verify ownership of an asset, in this example a video, according to Madonna.

Madonna noted in a phone interview with the New York Times that her initial reluctance to accept digital treasures prompted her to investigate what she viewed as the presence of spirituality and community in the NFT environment.

The sexiness has never left Madonna’s more than 30-year musical and artistic career.

However, the pop star told the Times that the provocative tone of her NFTs is not merely a flight of fancy: