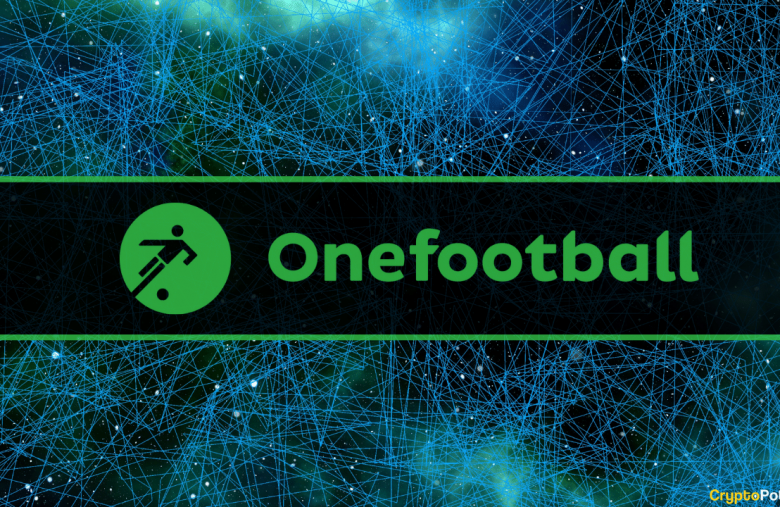 The Germany-based soccer media company – OneFootball – raised $300 million to double down on its presence in the Web3 ecosystem. The American blockchain fund – Liberty City Ventures, the Hong Kong-headquartered Animoca Brands, and other investment giants led the financing.

OneFootball’s Jump Into the Blockchain Universe

OneFootball – a soccer media application that features live scores, statistics, and news – became the latest sports-related entity to dip its toes in the world of crypto. Apart from the $300 million fundraising, the company established a joint venture called OneFootball Labs.

It will allow teams, soccer federations, and players to release digital assets and fan tokens based on blockchain technology. Supporters will be able to buy and store collectibles with their email and a credit card.

Lucas von Cranach – Founder and CEO of OneFootball – predicted that soccer and blockchain technology will be deeply connected in the future:

“We believe the future of football away from the stands and off the pitch will be decentralized and built on web3, giving back the ownership of data and digital assets to the fans.”

With its over 100 million active users, OneFootball is among the leading entities in its field. It features soccer statistics from 200 leagues in 12 different languages. Considering its popularity, it is no wonder that renowned venture capital firms such as Animoca Brands, Liberty City Ventures, Dapper Labs, and Quiet Capital led the multimillion investment.

The interaction between the soccer industry and the crypto sector has been more than obvious in the past several months. For one, the second-most successful team in Italy – AC Milan – partnered with BitMEX to release limited edition non-fungible tokens (NFTs). Prior to that, Argentina’s most popular soccer club – Boca Juniors – contemplated launching the same initiative.

The Mexican team Tigres went even further, allowing its fans to purchase tickets in bitcoin. The endeavor became live last weekend when the club played against its big rival – America.

Renowned soccer legends from the recent past have also dived into the crypto universe. Earlier this week, the 2005 Ballon d’Or winner – Ronaldinho – teamed up with the decentralized exchange P00LS to introduce his own token, called RON.

At the same time, David Beckham filed three trademark applications for NFTs, virtual clothing, and entertainment events in the Metaverse. A month ago, the British became the global brand ambassador for the digital asset firm – DigitalBits.