Polkadot and Kusama parachains are getting their own crowdloan marketplace 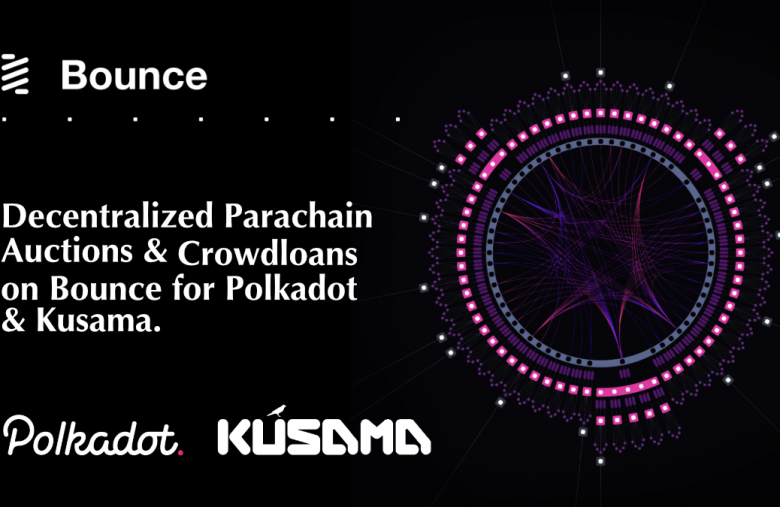 More details will be published in the coming days, along with the first candidate projects👀

The need for Bounce

Polkadot and Kusama are both scalable, multichain networks that theoretically allow high data throughputs for projects running on their chains.

Users can operate their own blockchains—called ‘Parachains,’ not just mere tokens like on Ethereum—with such teams benefiting greatly from the broader Polkadot governance, security and interoperability features.

The number of such parachains is limited to 100, meaning all “slots” are subject to an auction process governed by the community (which would select which project is a fit in the overall ecosystem).

To secure a slot, a Parachain candidate must acquire it through a nonpermissioned candle auction — an auction type with an unknown ending time via staking DOT or KSM tokens.

Each of the 100 available Parachain slots is divided into four lease periods of 6 months each, and projects can bid for single or multiple periods according to their needs.

And with nearly 400 projects currently building on top of Polkadot and Kusama, this creates a scarcity of Parachain slots. This, however, is the problem that Bounce Finance looks to solve.

Candidate projects can stake their own DOT or KSM tokens, and/or incentivize community members to lock their DOT or KSM through crowdloans.

Community members who participate in the crowdloan of the project they support will lock their DOT or KSM for a period of 6, 12, 18, or 24 months and receive incentives in the form of project tokens and/or any other incentives.

Hence, to attract crowdloan funds, project teams must take this opportunity cost into consideration and bring appropriate incentives to the table. At present, crowdloans are currently offered by centralized exchanges and are subject to counterparty risk for participants.

Bounce Finance solves this, as its decentralized, crowdfunded solution offers crowdloans while terminating third-party risk. This has made the project the forerunner for decentralized Kusama and Polkadot crowdloans.

The first candidate projects and more details on how to participate are expected to be announced in the coming days.

The post Polkadot and Kusama parachains are getting their own crowdloan marketplace appeared first on CryptoSlate.