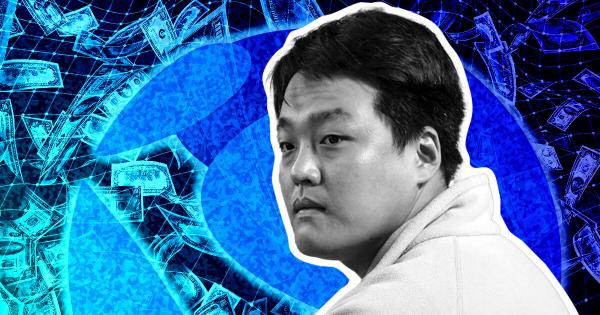 Basis Cash is an algorithmic stablecoin pegged against the US dollar that failed to achieve stability against the dollar.

A former Terra Labs employee has reportedly revealed that Terra co-founder Do Kwon was one of the creators of Basis Cash. This algorithmic stablecoin failed last year, a Coindesk report has revealed.

Citing a former engineer at Terraform Labs, Hyungsuk Kang, the report stated that Basis Cash was, in fact, the early works of Terra creators, including Kwon.

The revelation is coming amidst the crash of UST, which lost its peg against the dollar a few days ago. This is a case of history repeating itself given that the same thing happened with Basis Cash.

Per the report, a group of anonymous developers launched Basis Cash on Ethereum in 2020 as an algorithmic stablecoin pegged against the US dollar. But it failed to achieve that stability against the dollar, dropping below the peg in early 2021. As of press time, the stablecoin was trading below a cent.

Basis Cash wasn’t tested at the moment, and we weren’t even sure. (Kwon) wanted to just test it out. He said that this was a pilot project for doing that (UST).

Another person involved in building Basis Cash, who spoke anonymously, confirmed Kang’s statement. Both added that Kwon was actually “Rick Sanchez,” the pseudonymous co-founder of Basis Cash. The two founders of Basis Cash had adopted Rick and Morty names as pseudonyms for the project.

Coindesk confirmed this by reviewing the internal chat logs of Basis Cash where there was a message in the chat where Kwon referred to himself as Rick.

However, Basis Cash was not successful. Its market cap was only able to hit $174 million, far below that of UST, which, at its peak, grew into the third-largest stablecoin by market cap.

According to Coindesk, it decided to dox the founder due to public interest. So far, the crash of UST and Luna has affected the broader crypto markets, with the value of other digital assets plummeting to new lows.

Do Kwon has, however, continued to call for calm, stating that his team has a long-term plan to turn things around.