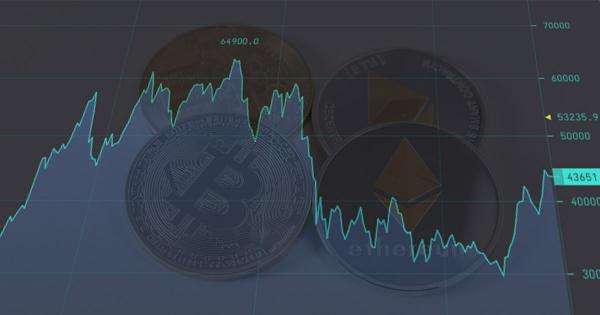 Bitcoin, the largest cryptocurrency by market cap, finally broke above the crucial resistance of $42,000 while Ethereum prices jumped by almost 15% after the EIP-1559 update.

Bitcoin failed 3 times in the past few weeks in breaking the big resistance at $42,000, but finally, it overcame the heavy resistance zone. It can be argued that this rally was started by Ethereum, as the London Hard fork was implemented on the Ethereum blockchain.

The London upgrade divides Ether tokens issued to pay for miners’ gas fees into three parts. One of the parts will essentially “burn” some portion of those tokens with every transaction.

As per data from Ultrasound.money, over 16,000 ETH have already been burnt since the hard fork, which, in general, is a very bullish scenario for any cryptocurrency (lower supply and higher demand makes it more valuable for users).

Bitcoin price moved up along with Ethereum as many indicators turned bullish. The asset, after many weeks of ranging, finally flipped the heavy resistance at $42,000 after yesterday’s daily close and now looks primed for a bullish week.

The next resistance is at the $45,000 level. It is very likely that the price pushes for that resistance after a short pullback as the RSI is moving into the oversold position. The volume has also been increasing steadily over the last few days indicating buyer interest.

The current uptrend also managed to flip a strong diagonal resistance along with the 20ma, this is also a good sign for the coming days.

On the shorter time frame, Bitcoin has formed support in the $42,000 region in case of any corrections in the coming days that support should hold and is a favorable area to put in long positions.

What’s next for ETH?

Ethereum looks bullish on several time frames, the volume has also been very bullish in the last few days. Price managed to close above the crucial resistance of $2,400. The next area of resistance should be $3,245.

However, in the shorter time frame, the stretch between the price and the 20ma is very wide which generally indicates a slight pullback or correction after which the price continues its uptrend.

The RSI also is in the oversold position which also indicates that it is likely to see a small pullback and at the same, the Bollinger Bands also suggest the local top might be in and a pullback is needed for a continued uptrend.