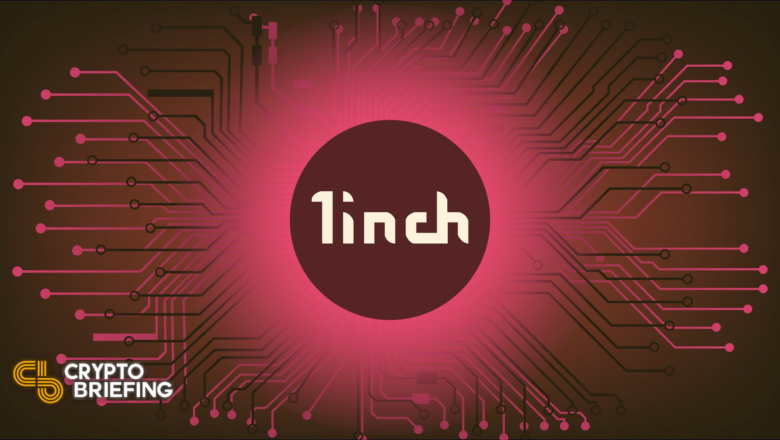 With its launch on Optimism, 1inch will be able to provide quicker transactions with substantially lower fees.

The decentralized exchange aggregator will leverage Optimism’s fast transaction speeds and low costs. Optimism is built to help Ethereum scale. It’s one of the network’s two leading Optimistic Rollup solutions alongside Arbitrum. Sergej Kunz, the co-founder of 1inch, said of the update:

“Optimistic Ethereum is a highly promising L2 solution focused on scalability, and the 1inch launch will facilitate a dramatic increase in transaction speed.”

Optimism is still in development and, as such, only has a limited speed of 0.6 transactions/second. Still, throughput will exponentially increase as the team continues development for the public launch of Optimism. Speaking of 1inch’s move onto the network, Optimism co-founder Jing Wang said:

“It’s been a pleasure getting to know the incredible technical minds on the 1inch team, and now we are so stoked for the launch of 1inch on Optimistic Ethereum. This integration brings users the best prices across multiple DEXs at the fastest speeds on Optimistic Ethereum. We couldn’t be more excited for everyone to try it out!”

1inch users will be able to migrate assets to the Layer 2 solution’s network, which has also announced compatibility with Metamask wallets. Deposits to Optimistic Ethereum will be instant, but withdrawals will initially take up to seven days.

Many DeFi protocols are gearing up for Optimism’s launch, perhaps none more so than Uniswap, which announced its plans to launch on the network as part of its V3 update earlier this year.

The close partnership with Uniswap was recently criticized by Sushiswap CTO Joseph Delong, who accused Optimism of playing favorites. As a result, he confirmed that Sushi would launch on Arbitrum instead. Optimism has since responded to these allegations in a tweet, claiming that Uniswap was ahead in the queue due to their earlier engagement with Optimism.

We are whitelisting projects as quickly as possible and still maintain the safety of an alpha system. Uniswap deployed ahead of Sushiswap because they engaged with us 1.5 years ago, long before Sushiswap. First in, first out is not “playing favorites”. https://t.co/Xz94KEj2pm