4 Key Factors Why Ethereum Gas Fees Could Get Cheaper 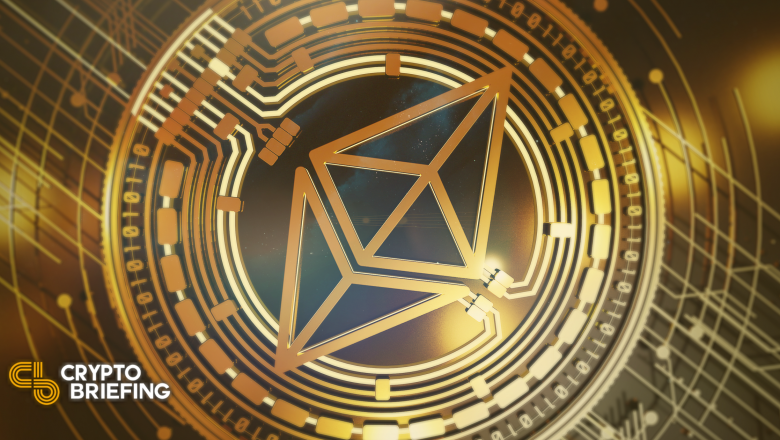 Ethereum has the biggest gains on the daily chart for the main cryptocurrencies by market cap. At the time of writing, ETH is up 4.9% and trades at $2.328,58. With sideways movement in the weekly and 46.7% gains on the monthly chart.

More appreciation for ETH seems to be imminent. The network appears to be solving a “disadvantage” that has been leverage by its competitor to gain market share, high transaction fees. Data from EthGasStation indicates that a fast or standard transaction has a cost between 45 to 50 gwei.

As shown in the chart below, ETH’s gas fees are on a decline since April 20th. At that moment, this metric soared to an average of $37, their highest cost since February 2021. The trend appears to be reversing and the metric is close to its lowest point this year with an average cost of $10.22 per transaction.

Co-founder of EthHub, Anthony Sassano, believes there are 4 main reasons for fees getting cheaper: the increase in the gas limit (block size) by 20%, a cooled down on the crypto market, implementation of second-layer solutions, and the adoption of Flashbots. The latter seems to be playing a major role.

A few reasons why gas is cheaper lately:

Flashbots is an organization that develops tools to reduce and improved defends Miner Extractable Value (MEV). They are the opposite of Priority Gas Auction (PGA) since Flashbots have a positive effect on reducing gas’ cost. The organization defends a “transparent” MEV ecosystem.

As reported by pseudonym developer “Stephane” there is close to 72.22% of Ethereum hashrate has onboarded to Flashbots and their tools. Miners used them to maximize their rewards. This metric has seen almost a 15% increase over the past two weeks.

The Future of Ethereum Gas Fees

The implementation of EIP-1559 with Hard Fork London has triggered a lot of discontent from the miner sector. Others have been dedicated to finding new ways to maximize their profits. As investor Spencer Noon said, Flashbots could become a backbone of ETH’s new fee market:

Been diving into the early #Flashbots data and *good lordy* $ETH miners just got gifted an incredible new source of revenue. ~5% extra revenue per block and that figure is only going to continue climbing. Few understand how profound an impact this has on $ETH’s security budget.

In addition, Ethereum investor Aftab Hossain believes EIP-1559 could reduce transaction biddings wars and stabilize fees costs. On top of this, some negative MEV strategies could become unprofitable to the benefit of Flashbots.

However, Hossain expects fees to be “scale back up” to current levels as Ethereum’s blockchain is used for more purposes. Therefore, increasing the demand, at least for the short term as sharding and new features on ETH2 are under development. Hossain said:

never mind the fact that L1 will still be used for a variety of tx’s because it has unique composable utility and value L2s may not be able to offer for some time.