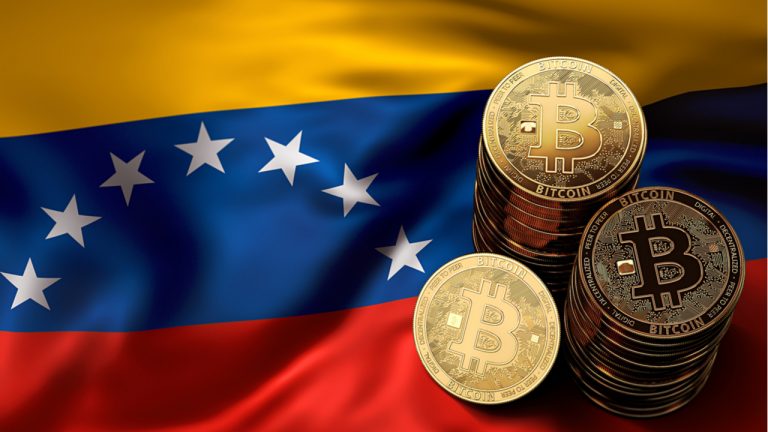 Venezuela has been listed as the third country with the most cryptocurrency adoption in the world by Chainalysis in its 2020 report. With its citizens coping with crippling inflation and losing purchasing power, the country has taken a turn for these assets to survive. But what are the real numbers behind this crisis that made Venezuelans change their whole way of living?

How Venezuela Adopted Crypto: The Numbers

It is a popularly known fact that Venezuela is one of the countries that have adopted cryptocurrency with the most force in LATAM. This was corroborated by Chainalysis in its latest 2020 Geography of Cryptocurrency Report, where it states that Venezuela is in fact the third country with the most cryptocurrency adoption in all the world. There is no doubt in what caused this: the economic disaster that was the result of years of wrong monetary policies, exchange controls, and corruption.

But how deep is the hole that Venezuelans are living in today? How Venezuela went from one of the richest countries in the region to become an inflationary mess in just a few years? It is difficult to pinpoint the numbers behind this disaster because official institutions have been withholding them for years. But several non-official sources can help us understand the magnitude of this crisis.

Inflation in Venezuela: One of the Highest of the World

While the Venezuelan economy always had a tendency to have important inflationary numbers, it reached a point of no return in 2014, with an annual increase of 69%. From that year, inflation figures worsen with each year, but the Central Bank of Venezuela stopped giving official numbers in 2015, which made it difficult to follow what was really going on in the country. For 2018, the International Monetary Fund estimated that the annual inflation would be 1,000,000%, a number that put Venezuela in one of the worst hyperinflationary escalates at that time.

This made Venezuelans who saved in their local currency reach poverty status in less than a decade and destroyed the national currency as a store of value.

The country had established an exchange control since 2003, with the creation of CADIVI, an institution that dealt with the distribution of dollars to the population and entrepreneurs according to limits dictated by the government. An official price was set by this organization for the U.S. dollar. This created a black market, that offered dollars freely but at a higher exchange rate than the official dollar price. This approach would be proven not viable anymore and the system evolved into a moving band system in 2016.

However, the exchange control and the government’s policy of devaluing its own currency by increasing the price of the dollar/bolivar pair led to a de facto dollarization in the country, relegating the bolivar to a purely transactional currency. The value of the bolivar plunged even more as a consequence, making cash almost useless. To face this whole ordeal, the government took three zeroes out of its currency in 2008 and three zeroes of it again ten years later, in 2018, in a process called currency reconversion. However, this has not resulted in a more solid currency. In fact, only 1 of every 1000 emitted bolivares is in cash, leaving unbanked Venezuelans with almost no choice but to use dollars.

All of these factors have created a turbulent situation in the country, perfect for the adoption of new assets like cryptocurrencies, that are not linked to the emission policy of local governments and are not affected by other local problems. Numbers from Localbitcoins and Binance have confirmed this tendency, being these two the most used platforms in Venezuela to exchange bolivares or dollars.

While the dollar is now the most used currency in the country for retail purchases, with 67% of the sales being paid with dollars according to a study made by Ecoanalitica, a local firm, cryptocurrency is being more and more popular among a significant part of Venezuelans, that see it as an opportunity to preserve (and even gain) part of their purchasing power.