A new generation of P2E games is here, and it’s open to everyone   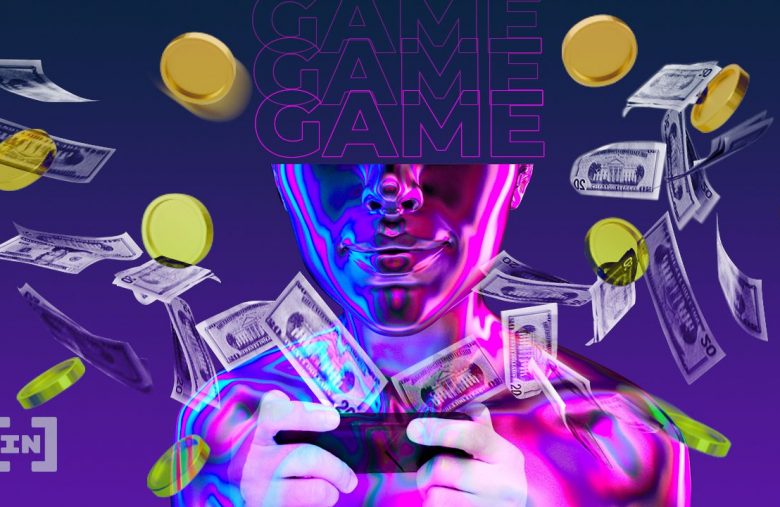 Play-to-earn games were all the rage last year, but their economic model seems to fail. However, one Web3 game has found an innovative solution to make P2E sustainable.

When Axie Infinity launched in 2018, play-to-earn gaming became a sensation. The game turned into a viable source of additional funds for numerous low-income families in the Philippines. However, as Axie Infinity grew and took over the global blockchain-gaming space, the rewards ratio quickly started dwindling.

The main reason for this significant cut in returns for players hides in the design of the game itself. One of the major challenges play-to-earn projects face is creating a self-sustainable in-game economy. Currently, most P2E games start out strong and offer lucrative rewards to players. However, increased in-game token issuing, as more players join, leads to significant value reductions. This, in turn, diminishes players’ earning potential.

And while the GameFi movement is still going strong, representing more than half of all activity in the blockchain industry, something needs to change for P2E to become sustainable in the long run.

Moving on from play-to-earn to play-and-earn

The play-to-earn movement spawned some of the most popular blockchain-based games like Axie Infinity, Alien Worlds, and Splinterlands. And while these have managed to stand the test of time, numerous projects did not have that path of success.

One of the key difficulties that play-to-earn projects face is the steep entry point, especially once a game becomes popular. At the height of popularity for Axie Infinity, the minimum investment required to purchase the starting team of three Axie NFTs was circling in the hundreds of dollars. Moreover, even players who could afford to buy the starting kit and enter the game saw dwindling returns, which were not enough to cover the initial investment.

In that sense, the play-to-earn approach is flawed in its initial premise. This is why game developers are now looking beyond play-to-earn and focusing more on the gaming aspect of their platforms. A new and improved approach is the play-and-earn concept, where gamers are not required to purchase starting kits, but simply enter a game and start playing. Of course, play-and-earn entails a different economic structure, which rewards players for certain milestones in the game rather than for participation like play-to-earn does.

Aside from simply shifting to a play-and-earn mechanic, new economic structures are also becoming more popular. One such example is the service economy approach introduced by farming game CropBytes.

A service economy approach in the traditional sense of the concept means that users who have financial resources but lack time, pay other users to perform tasks in return for a reward. This concept can easily be translated into an in-game economy setting, where players are rewarded for completing tasks but also have the opportunity to delegate these tasks to others, and share the rewards with them.

Incorporating the service economy approach brings a lot of utility to Web3 gaming projects. As money-rich players dedicate tasks to time-rich players, the game becomes a lot more sustainable without the necessity for developers to constantly offer input and economic upgrades. This type of in-game economy is predicted to bring forward the next generation in blockchain-based gaming.

Currently, play-to-earn games like Axie Infinity have developed scholarship programs where owners can delegate their NFTs and allow other gamers to play with them in return for rent. However, the service economy approach takes this concept a step further by allowing money-rich players to delegate tasks to time-rich players. The Axie team is already hard at work on bringing the game a step closer to a service economy approach. With the recent launch of Axie Homeland Alpha, the platform now offers players to use their land to breed Axies and craft new resources. Still, games like CropBytes have pioneered this approach for years.

According to CropBytes developers, the service economy approach is the only way to ensure that a play-to-earn game remains sustainable in the long term. The platform, which also launched in 2018 just like Axie Infinity, has proven to withstand the turbulent bear periods in the crypto space. And one of the key components for this successful run has been CropBytes’ focus on attracting both players and investors to the game. To sustain wealth generation and keep the economics of the platform stable, CropBytes rewards both the money-rich (investors) and the time-rich (players).

In this way, the economic loop is kept intact, allowing the game to sustainably create earning opportunities for both ends of the service economy spectrum. And while CropBytes is pioneering this approach, the need for a much larger revolution in the play-to-earn space remains tangible.

As more and more projects fall victim to unsustainable economic models, the blockchain gaming space is headed toward a new generation of wealth creation and management. And it seems that the service economy approach might play a vital role in the future development of the space.