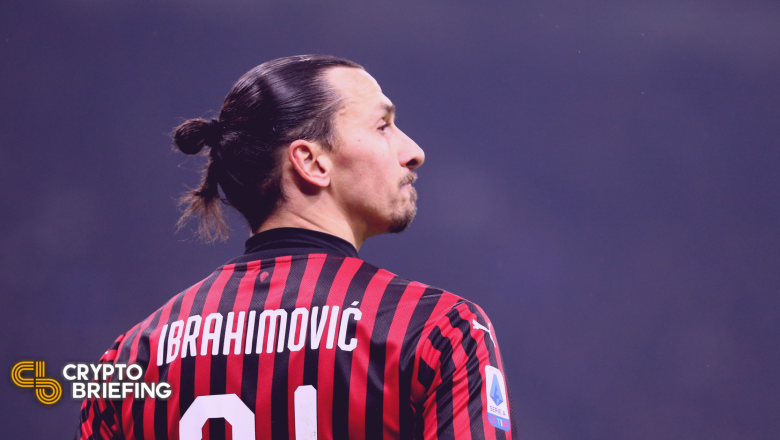 AC Milan, one of the world’s most popular soccer clubs, has joined Sorare.

The Italian club’s current squad will appear in tokenized form on digital trading cards. Sorare players can trade the cards on a marketplace and use them to compete in tournaments. They come in three levels of scarcity: unique (1 per season), super rare (10 per season), and rare (100 per season).

We're delighted to welcome the iconic @acmilan to #Sorare!

The first Edition card sales are on auction now 🚀

The game leverages NFT technology on Ethereum. As the trading cards live on the blockchain, each one is provably scarce and can be attributed to an owner. Sorare has arguably been the market leader in the sports world of the NFT space, alongside the basketball-oriented game NBA Topshot. It’s already welcomed several other major clubs, including Galatasaray, Liverpool, and Real Madrid. Earlier this month, a unique Cristiano Ronaldo NFT sold on the game for almost $290,000. It’s now the world’s most valuable sports trading card.

Now, Sorare players will be able to own AC Milan stars like Zlatan Ibrahimović, Hakan Çalhanoglu, and Gianluigi Donnarumma. The first editions are up for auction now.

During a year of explosive growth for NFTs, Sorare has benefited from the technology going mainstream. In February, the game raised $50 million in a funding round, receiving contributions from Antoine Griezmann and Rio Ferdinand. Barcelona’s Gerard Piqué also invested in the game in December.

At the time, he said he sees “huge potential in the sports gaming segment in a digital economy where the attention of audiences is the single most important unit of currency.”

AC Milan is widely regarded as one of the world’s greatest soccer clubs and has historically dominated Italy’s Serie A league. The club has won many major trophies, including seven Champions League titles. This year, the team seems to have embraced blockchain: before the Sorare move, the club launched a fan token on Socios.