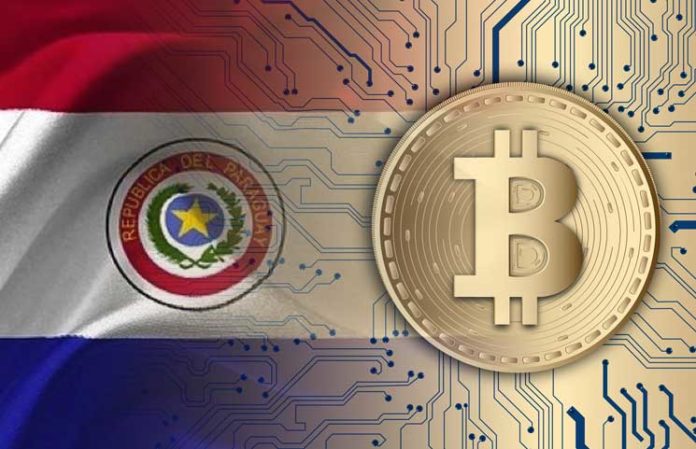 After El Salvador announced plans to adopt Bitcoin as legal tender, an official from Paraguay’s government has hinted at a similar development. The country’s Deputy of the Nation, Carlos Antonio Rejala Helman, suggested that the government will start working on a big project involving the largest cryptocurrency and PayPal.

Is Paraguay Next in Line?

The cryptocurrency community argued for years that struggling countries from less fortunate parts of the world, such as South America and Africa, could benefit the most by adopting digital assets. Although this seemed more of far-fetched speculation for a while, it seems that the trend has already started with El Salvador, as reported over the weekend.

It also appears that another country could follow suit. According to Paraguay’s Deputy of the Nation, the government will start working on an “important project” that includes Bitcoin and PayPal.

Although Rejala Helman failed to provide further details, he actually updated his Twitter picture to include the famous BTC laser eyes.

It’s worth noting that PayPal enabled its more than 300 million users to interact with cryptocurrencies last year. While the innovation was only for US customers initially, the largest payment processor plans to expand it to other countries by the end of this year.

As mentioned above, the Republic of El Salvador was the first country to announce plans to adopt Bitcoin as a legal tender. During last weekend’s Bitcoin 2021 Conference, the country’s President Nayib Bukele said he would send a bill making BTC a legal form of money in the country to Congress.

Ever since his statement, the crypto community has openly praised the move, with some even hinting at moving to El Salvador after President Bukele said there will be no capital gains tax for Bitcoin.

Furthermore, the country’s leader outlined the potential benefits for El Salvador and the cryptocurrency in a Twitter post.

He noted that if 1% of BTC’s market capitalization is “invested in El Salvador, that would increase our GDP by 25%.” On the other hand, the primary digital asset will see 10 million new potential users and “the fastest growing way to transfer six billion dollars a year in remittances.”

Furthermore, 70% of El Salvador’s population doesn’t have a bank account and work in the informal economy.

Financial inclusion is not only a moral imperative, but also a way to grow the country’s economy, providing access to credit, savings, investment and secure transactions.