After Tesla: Is Apple Eyeing Bitcoin? What We Could Expect to See Next (Opinion) 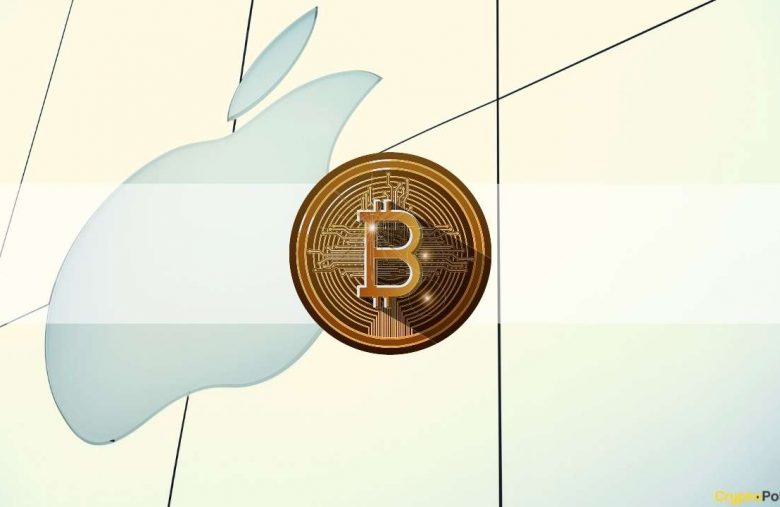 It’s official – 2021 is the year of institutional cryptocurrency. While banks including Goldman Sachs and Deutsche Bank rush to expand into cryptocurrency services for their clients, firms such as MicroStrategy and Tesla are scooping up BTC worth billions to add to their balance sheets.

Now, speculation is rife that Apple may be next, with Tim Draper including the Cupertino tech giant on his list of firms likely to make a move into crypto. But how likely is it?

BTC As a Store of Wealth

As a tech firm, Apple could find multiple routes into the cryptocurrency markets. One is to emulate Tesla and MicroStrategy and simply add some Bitcoin to its treasury reserves.

The company is one of the most cash-rich among all US companies, with nearly $200 billion in stockpile according to its 2020 fourth-quarter earnings report. However, the general outlook for the greenback isn’t necessarily sunny, given the ongoing economic impact of the pandemic.

Inflationary pressure from massive government debts put Apple’s cash reserves in a precarious position, whereas most analysts believe that the longer-term forecast for Bitcoin is decidedly bullish.

However, a recent report commissioned by eToroX, which provides onboarding solutions for institutions looking to get into cryptocurrencies, puts forward the view that there are other forces at play. Although macroeconomic forces are a consideration, the report surmises:

“Traditional firms are seeking to gain first-mover advantage and/or manage fears of missing out when institutional usage becomes real. An unprecedented long period of quantitative easing around the globe and the COVID-19 pandemic and commensurate response by central banks, on top of the ongoing search for alternative sources of yield, are certainly contributing to strong interest in bitcoin and, subsequently, cryptoassets more widely.”

PayPal and Mastercard are just two of the financial giants that have recently made headlines – and helped push crypto prices by incorporating digital assets into their services. Furthermore, there are some parallels between PayPal and Apple here, as both withdrew from the cryptocurrency sector in the early days, with Apple having pulled a blockchain wallet app from the App Store in 2014.

However, recently it started allowing uses to make purchases in Bitcoin using its Apple Pay service, which indicates that the company is no longer averse to incorporating crypto into its offering.

However, RBC Capital Markets’ recent suggestion that Apple should open its own cryptocurrency exchange seems a step too far. According to Bloomberg, analyst Mitch Steves thinks that the company should develop the Apple Wallet into a trading platform for digital assets.

Would Apple really start a crypto exchange? It seems somewhat unlikely. The links to their core product lines of hardware and software are tenuous, offering little opportunity to cross-market. An iOS integrated cryptocurrency wallet seems like a more probable scenario. After all, its biggest rival in the smartphone market, Samsung, has already integrated blockchain into its flagship Galaxy S10 phone.

Samsung recently doubled down on its hardware security with the announcement of its Knox Vault, an isolated, secure environment for the most critical data held on the phone. In the accompanying release, Samsung cites its blockchain wallet as part of the justification for stepping up security. The firm has also previously shared an article explaining why it believes smartphones are best suited to securing blockchain and cryptocurrencies.

Therefore, it seems more likely, and closer aligned to Apple’s existing product offering, that an iPhone with an integrated wallet could be on the horizon. Ultimately, Samsung is a closer competitor for the firm than PayPal, so it seems more plausible that it would seek to fend off the competition within its existing lines before making a foray into an entirely new market.

However, perhaps if exchange features are to be included in Apple’s future service offering, it could be via an exchange partner such as PayPal or even Coinbase.

Of course, all of this is speculation, and Apple has plenty of forms when it comes to making high-profile announcements. The firm always plays its cards close to its chest as far as new features are concerned, announcing at one of its regular events.

However, there’s little focus on cryptocurrencies or blockchains in the current speculation, unfortunately.

With regards to the firm spending any of its mammoth cash reserves on BTC, we only need to consider what kind of a price pump would ensue following such an announcement. Therefore, if Apple does buy into Bitcoin, it’s almost a given that we’ll only find out once the company has made its move.