Algorithmic Stabilization: A Solution for Improving Cryptocurrency’s Effectiveness in Finance  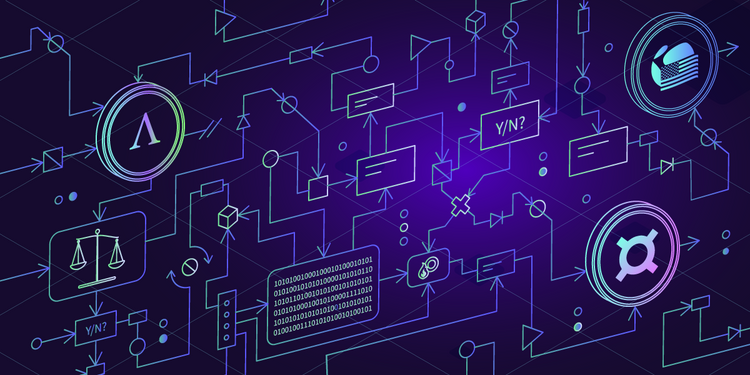 It is important for the cryptocurrency industry to move past the failure of Terra (LUNA) and regain trust in algorithmic stablecoins.

Cryptocurrencies, also known as stablecoins, have failed to become effective tools for payment or value storage due to their high volatility, slow and costly transactions, and dependency on fiat currencies. Algorithmic stabilization, a mechanism that uses algorithms to maintain the value of a stablecoin, has the potential to address these issues and improve the mainstream financial system.

However the collapse of Terraform Labs’ cryptocurrency, Terra (LUNA), and its stablecoin, Terra (UST), the notion of “algorithmic stabilization” has fallen to a low point in popularity, both in the cryptocurrency world and among mainstream observers.

This emotional response, however, is strongly at odds with reality. In fact, algorithmic stabilization of digital assets is a highly valuable and important class of mechanism whose appropriate deployment will be critical if the crypto sphere is to meet its long-term goal of improving the mainstream financial system.

Blockchains, and other similar data structures for secure decentralized computing networks, are not only about money. Due to the historical roots of blockchain tech in Bitcoin, however, the theme of blockchain-based digital money is woven deep into the ecosystem. Since its inception, a core aspiration of the blockchain space has been the creation of cryptocurrencies that can serve as media of payment and stores of values, independently of the “fiat currencies” created, defended and manipulated by national governments.

So far, however, the crypto world has failed rather miserably at fulfilling its original aspiration of producing tokens that are superior to fiat currency for payment or for value storage.

In fact, this aspiration is eminently fulfillable — but to achieve it in a tractable way requires creative use of algorithmic stabilization, the same sort of mechanism LUNA and other Ponzi-esque projects have abused and thus given an unjustly bad reputation.

Nearly all crypto tokens out there today disqualify themselves as broadly useful tools for payment or value storage for multiple reasons — they are too slow and costly to transact with, and their exchange values are too volatile.

The “slow and costly” problem is gradually being addressed by improvements in underlying technology.

The volatility problem is not caused directly by technological shortcomings but rather by market dynamics. The crypto markets are not that huge relative to the size of global financial systems, and they are heavily traded by speculators, which causes exchange rates to swing wildly up and down.

The best solutions the crypto world has found to this volatility issue so far are “stablecoins,” which are cryptocurrencies with values pinned to fiat currencies like the United States dollar or euro. But there are fundamentally better solutions to be found that avoid any dependency on fiat and bring other advantages via using algorithmic stabilization in judicious (and non-corrupt) ways.

Stablecoins like Tether, BinanceUSD (BUSD) and USD Coin have values tied close to that of USD, which means they can be used as a store of value almost as reliably as an ordinary bank account. For people already doing business in the crypto world, there is utility in having wealth stored in a stable form within one’s crypto wallet, so one can easily shift it back and forth between the stable form and various other crypto products.

The largest and most popular stablecoins are “fully backed,” meaning, for example, that each dollar-equivalent unit of USDC corresponds to one U.S. dollar stored in the treasury of the organization backing USDC. So if everyone holding a unit of USDC asked to exchange it for a USD at the same time, the organization would be able to rapidly fulfill all the requests.

Some stablecoins are fractionally backed, meaning that if, say, $100 million in stablecoins have been issued, there may be only $70 million in the corresponding treasury backing it up. In that case, if 70% of the stablecoin holders redeemed their tokens, things would be fine. But if 80% redeemed their tokens, it would become a problem. For FRAX and other similar stablecoins, algorithmic stabilization methods are used to “maintain the peg.” That is, to make sure the exchange value of the stablecoin remains very close to that of the USD peg.

Terra’s UST was an example of a stablecoin whose backing reserve consisted largely of tokens created by the people behind LUNA as governance tokens for their platform, rather than USD or even cryptocurrencies like BTC or Ether defined independently of LUNA. When LUNA began to destabilize, the perceived value of their governance token went down, which meant the cash value of their reserves decreased, which caused further destabilization, etc.

Every major government is explicitly targeting stablecoins in their current regulatory exercises, with the goal of coming up with strict regulations on the issuance and properties of any crypto token that seeks to match the value of fiat currency.

“Stability” does not intrinsically mean correlation with fiat currency value. What it should mean for a token to be stable is that year on year, it should cost roughly the same number of tokens to buy the same amount of stuff — carrots, chickens, fencing material, rare earths, accounting services, whatever.

This leads to what my colleagues in the Cogito project are doing, with new tokens that they call “tracercoins,” which really are stablecoins but of a different sort, pinned approximately to quantities other than fiat currencies. For example, the Cogito G-coin is pinned to a synthetic index that measures progress on improving the environment (e.g., global temperature).

Tracercoins can be programmed to track transactions in whatever manner is required by law in the jurisdictions where they are used. But they are not trying to emulate the currency of any particular country, so they will not likely be regulated as strictly as fiat-pinned stablecoins.

Because the pegs for these tokens are synthetic, it’s less of a traumatic market-psychology issue if the tokens vary from their pegs a bit from time to time.

What we have here, then, are stores of value that are potentially better even than the U.S. dollar and other traditional financial assets, in terms of maintaining fundamental value as the world evolves … and that are much less volatile than BTC and other standard crypto assets because of the stabilization built into their tokenomics.

Coupled with modern blockchain efficiency optimizations, we also have a viable payment mechanism that is not tied to the currency of any one country.

Crypto has the potential to fulfill its ambitious long-time aspirations including creating financial tokens serving as better value-stores and payment mechanisms than fiat currencies.

To realize this potential the community needs to set aside fears incurred by the various frauds, scams and badly-architected systems that have plagued the crypto world, and aggressively deploy the best tools at hand — such as fractional reserve-based algorithmic stabilization — in the service of creative designs aimed at the greater good.

One of the approach we should focus on for stablecoins is a hybrid approach that combines algorithmic stabilization with a reserve of assets, such as a basket of commodities or other cryptocurrencies. This approach can provide the benefits of algorithmic stabilization, such as the ability to maintain value without reliance on fiat currencies, while also providing a degree of stability and security.