America, not Asia, is leading in DeFi usage and DEX activity 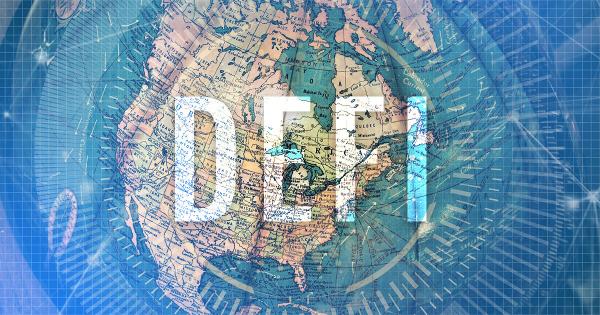 North America has embraced decentralized finance the most amongst all regions of the world.

A new Chainalysis report has revealed that thanks to growth in the DeFi space, North America is now the second-largest crypto market in the world while the dominance of East Asia has dropped significantly as it now ranks fourth in the world.

The report, tagged The Chainalysis 2021 Geography of Cryptocurrency Report made some interesting findings of crypto adoption and usage across the regions of the world.

According to the Chainalysis research, North America is able to move higher on the ladder as it saw more transactions in Defi when compared to other regions. The report highlighted that the region saw a 1000 percent surge in its transaction volume as it moved from $14.4 billion to $164 billion between June 2020 to May 2021.

Unsurprisingly, the research also declared that the United States remains the highest adopter of DeFi within the region.

Per Chainalysis, the sudden change in the position of East Asia could be easily traced to the Chinese crackdown on crypto activities within its space. Citing its previous report, it was revealed that East Asia, hitherto, held the lion share of crypto transactions globally until June 2020 when it was overtaken by Europe and North America.

On DeFi, around 49 percent of crypto transactions in China went to decentralized protocols. This figure stood at only 15 percent in South Korea while Japan had 32 percent.

It continued that the top exchange in the region is Huobi, who recently declared that it would stop offering its services to its Chinese users. The other top exchanges are decentralized exchanges, Uniswap, and dydx.

The report also highlighted that Binance suffered the most from the crackdown on crypto miners in China. According to the report, the CZ-led exchange lost over $200 million worth of BTC that it could have received from mining pools. Other top losers include Huobi who lost $150 million and FTX who lost around $100 million.