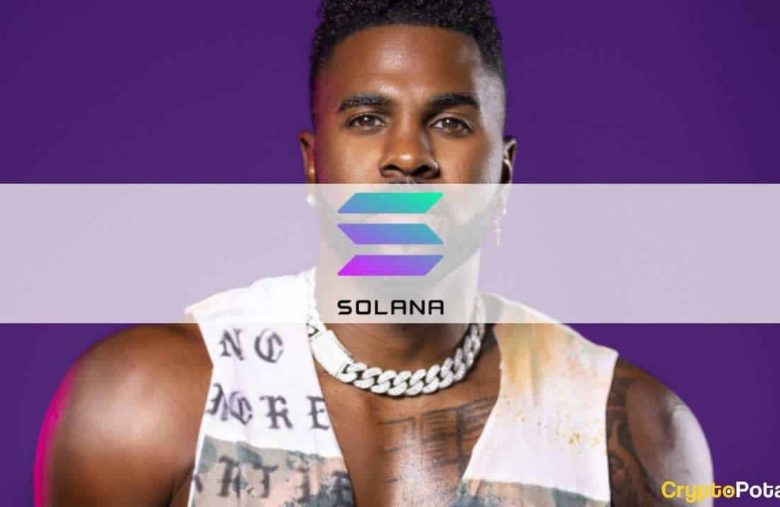 The multi-talented US celebrity was blown away by Solana’s meteoric price run after he invested in the cryptocurrency in June.

American songwriter, singer, and dancer Jason Derulo revealed today that he invested in crypto, particularly Solana (SOL) back in June and it has been a great ride.

Expressing his delight, Derulo tweeted saying “I betted on Solana in June. Wow, what a ride! #crypto.”

While the celebrity did not share the amount he invested in SOL or if he has other crypto assets in his portfolio, it is certain that he is in massive profit, considering how much value the coin has gained over the last three months.

Recall that in June, Solana traded between $25 and $41, but the coin took the market by storm in August and dethroned Dogecoin as the top seven crypto before recording an all-time high of $150 on September 4, 2021.

Just like Jason who is now basking in his crypto bet, former hip hop artist Logic, who purchased $6 million worth of bitcoin in October last year, is currently sitting on over 250% profit if he still has his BTC bag.

But unlike the two stars mentioned above, most celebrities who joined the crypto industry this year followed the NFT route, thanks to the explosive growth recorded in the sector since the start of 2021.

Celebrities, artists, sports clubs, musicians, among others are either launching their own digital art collections or purchasing existing ones.

In another story, legendary moments from the career of the three-time FIFA World Cup champion Pelé will be launched as NFT collectibles and 90% of the proceeds will be donated to charity organizations.