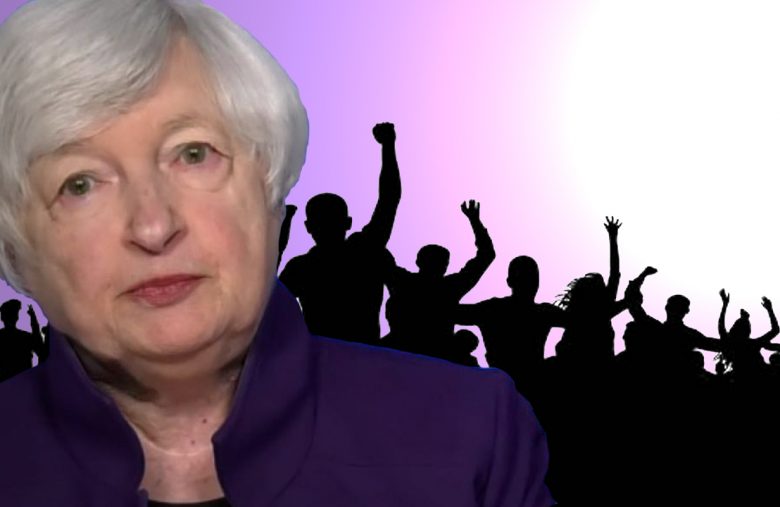 The 78th United States secretary of the treasury Janet Yellen told CNN’s “State of the Union” on Sunday that U.S. lawmakers are considering taxing unrealized capital gains. According to Yellen, the funds collected would help finance things related to climate and social change. While Yellen said that U.S. senator Ron Wyden (D., Ore.) was working on drafting the plan, a great number of Americans have been criticizing the proposal on forums and social media.

The phrase “unrealized capital gains” has been trending on social media and forums during the last 24 hours after the U.S. secretary of the treasury Janet Yellen discussed the subject on CNN’s “State of the Union.” Yellen explained the concept, which aims to tax Americans on unrealized capital gains stemming from liquid assets. Of course, like the controversial $600 IRS monitoring proposal, Yellen stressed that the proposal was aimed at “extremely wealthy individuals, billionaires.” Yellen emphasized, however, that the tax was not a wealth tax.

“I wouldn’t call that a wealth tax, but it would help get at capital gains, which are an extraordinarily large part of the incomes of the wealthiest individuals and right now escape taxation until they’re realized,” Yellen said on CNN. She explained that the Democrat senator Ron Wyden was working on the proposal, and House Speaker Nancy Pelosi is backing the concept. Although, despite Yellen saying it wasn’t a “wealth tax,” Pelosi’s (D., Calif.) words were different when she told CNN on Sunday: “We probably will have a wealth tax.”

.@SecYellen on the proposed tax which would pay for the Build Back Better act: "It's not a wealth tax, but a tax on unrealized capital gains of exceptionally wealthy individuals." pic.twitter.com/7JXAysPkxI

Pelosi thinks the unrealized gains tax will help fund the $2 trillion spending bill and said the spending bill package was “pretty much there” and lawmakers are finalizing some of the “last decisions.” While Yellen, Democrats, and CNN have been lauding the idea of taxing unrealized gains, Americans are upset about the idea and consider it “unconscionable.”

The 2020 Libertarian vice presidential candidate, Spike Cohen, said “This is unconscionable. For those who don’t know, an ‘unrealized gain’ is when something you own gains value, but you don’t sell it. You know, like your house. Or your retirement fund. So now you have to sell it, to pay the taxes. If implemented, this would be an act of war against the remaining middle-class folks who still actually own things,” Cohen added.

Cryptocurrency supporter and Galaxy Digital CEO Mike Novogratz shared his two cents about unrealized gains on Twitter. “Maybe try eliminating [the] step-up basis first. And carried interest,” the billionaire investor said. “That would be a start. Unrealized gains on illiquid securities would be [an] unmitigated disaster.” Independent journalist Jordan Schachtel explained that “taxing unrealized gains is only minimally about taxation itself. That’s not the bigger objective,” Schachtel remarked. The journalist added:

Taxing unrealized gains grants the government the ability to monitor your each and every move.

Nearly every post on social media and forums concerning this subject is littered with commentary that indicates Americans think taxing unrealized gains is a horrible idea. Except for mainstream media publications like the Wall Street Journal, Washington Post, The Hill, and other publications that continue to argue that the tax is aimed at the “billionaire-class” and “exceptionally wealthy individuals.” American journalist and Youtuber Tim Pool said that the proposal is merely a trick on people with no money.

“Wealth Tax, Unrealized gains, whatever,” Pool tweeted. “It’s a trick rich people are pulling on poor people who don’t understand how finance and the economy works. Wealth taxes will not do anything, people really don’t understand the power of that vast wealth.” Bitcoin proponent Stephen Livera stressed on social media that “Tax on unrealized gains is legal plunder. They created this mess and now they’re looking to pass the cost to the people.”

Forcing people to sell their assets is totalitarian. It’s antithetical to a free market and will cause second and third order effects that will be devastating to an economy.

This is actually what taxing unrealized gains will do. #bitcoin

The evolutionary behavioral scientist and well-known author Gad Saad noted sarcastically that the unrealized gains tax was a good concept. “This sounds like a good idea,” Saad said scornfully. “Also, we should engage in punitive action on unrealized crimes. You find the person who looks guilty and you preemptively give them the chair (for community cohesion and diversity),” the author concluded.