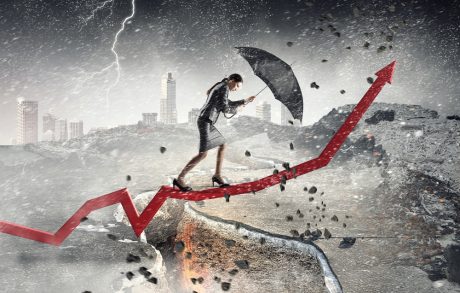 Bitcoin prices have held steady over the past 24 hours as the panic selling has eased off and the weak hands appear to have been flushed out.

The correction has shed 35% in 35 days making it the largest one of the current rally and almost mirroring a similar correction during the 2017 bull market according to findings by on-chain analytics provider Glassnode.

Using data from Glassnode’s weekly report, analysts have confirmed that new entrants to the market have capitulated at a loss while long-term holders have continued to buy the dip.

The story of this #Bitcoin dip in 4 charts ⛓️

Glassnode went on to report that the count of non-zero Bitcoin addresses has fallen during this correction, but the number of addresses that are in accumulation has increased by 1.1% since the recent low.

It added that the supply held by long-term holders has returned to accumulation mode, a pattern that again resembles the 2017 macro top. Bitcoin buyers who purchased coins in late 2020 or January 2021 have not spent their coins.

Those that were rattled by Elon Musk’s twitter tirade over the weekend may have sold at a loss while those more experienced with crypto markets have seen it all before. A parabolic price chart is unnatural and unhealthy and corrections are needed to shake out the over-leveraged positions and weak hands so that a more natural longer-term uptrend can resume.

Most of the major panic selling appears to be over with BTC finding strong support in the low $40K range. Prices are back at early February levels, but they’re still up 367% since the same time last year so anyone that bought in 2020 will still be in profit by a big margin.

A larger selloff could see prices fall back to support at the 200-day moving average which is currently at $40K. On the upside, Bitcoin needs to break resistance at $46,750 to make further progress.