April Showers Could Blossom Return Of Bitcoin Bull Run This May 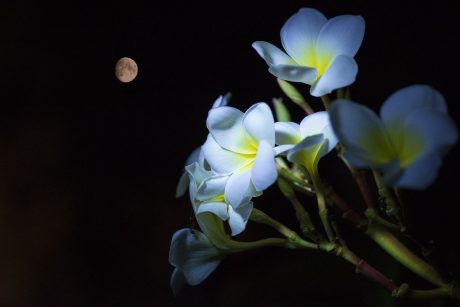 A storm monthly of April is now in the past, and although the forecast was looking glooming for Bitcoin for a while there, bulls are breaking through the clouds and it could blossom another bullish impulse higher.

Here’s a closer look at the technical Indicator that suggests the top crypto is back to bull mode after a few rainy days. We’ll also learn for sure if the phrase “April showers brings May flowers” is true.

Will A Stormy April Bring A Bountiful May For Bitcoin?

For Bitcoin, a windstorm in March sent the cryptocurrency to historic highs, but things turned cloudy come April – a month know historically for its rain showers.

Inclement weather in early Spring however waters the soil in which new life grows. Could the same idea apply to the bull market? After a month of indecision to close out April, the clouds are starting to part and it could lead to brighter days ahead for Bitcoin once again.

What The Ichimoku Indicator Says About The Crypto Bull Run Continuing

The Ichimoku indicator is an in-depth technical tool offering an “at a glance” look at the market. The cloud grows or shrinks with volatility, and depending on which lines are crossed over the other, it can signal when the asset is bullish or bearish.

The cloud itself and the lagging span marked in green behind the price action, also can indicate where support or resistance might lie.

The cloud, or kumo had acted as support for Bitcoin in late April, but eventually lost support. Only one daily candle closed outside the cloud, suggesting a possible bear trap was successful.

After a struggle, bulls have pushed BTCUSD back above the cloud which is now attempting to hold as support. At the same time, resistance in the area is strong as shown by the arrow above the lagging span. There’s also been a bearish crossover of the Tenkan-sen and Kijun-sen, and kumo twist – both signs that sunny days aren’t quite here just yet.

Finding support on the weekly cloud kicked off the bull run | Source: BTCUSD on TradingView.com

Holding above the cloud is crucial to another leg up in Bitcoin. On weekly timeframes, it was the signal that set off the most recent bullish impulse in the first place. It is now up to the daily cloud to keep it going.

Can Bitcoin price action remain above the clouds and push to the heavens higher?