Are These The 6 Richest People In The Crypto Industry ? 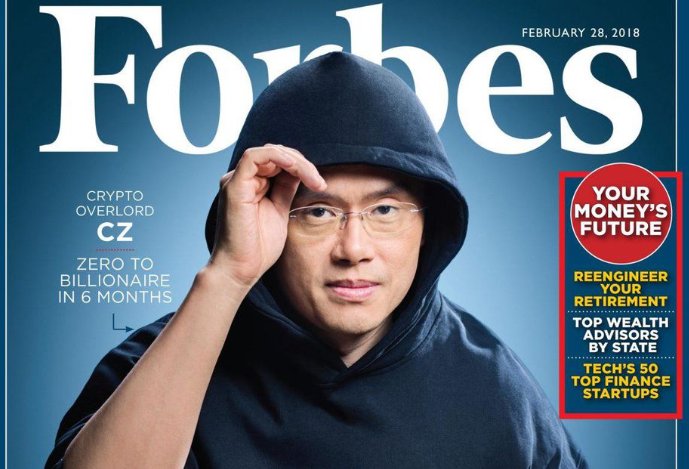 There’s a lot of money in the crypto industry, that much is for sure. And we’re at a stage in which there are projects that are advanced enough for their creators to have already reaped the benefits. And then, there’s Bitcoin. Early adopters and believers, extremely long-term hodlers, are sitting on a fortune. Who’s made the most money, though?

An extremely difficult question to answer. The pseudonymous nature of blockchain technology makes inquiries like this a tall order. There are wallets that nobody knows who they belong to and hold thousands of coins. There are billionaires that have announced investments, but nobody knows which wallets belong to them. Not everyone in the crypto industry is a public figure. Not everyone in the space wants attention.

Taking that into account, the Coin Bureau YouTube channel launched an investigation and reached credible conclusions. If we agree that the list is for entertainment purposes and heavily western-focused, we can have fun with it. So, let’s do that.

Who Are The Six Richest Persons In The Crypto Industry?

So, now that the rules are clear, let’s get into it.

Tim Draper: This venture capital investor made the purchase of a lifetime when he acquired all of the Bitcoin confiscated from the Silk Road dark web marketplace. “The US Marshall service auctioned off 30000 BTC which landed in Tim’s wallet for 19 million Dollars.” Those are now worth close to $1B. Draper is not part of the crypto industry, but, practicing diversification he also holds Bitcoin Cash, XRP, and Tezos.

Max Keiser: This broadcaster and filmmaker is the reason many people around the world know about Bitcoin. An early believer, “In a 2013 episode of The Keyser Report, Max announced that he had become a Bitcoin millionaire.” As per Coin Bureau calculations, that means he held 25K BTC. Assuming he continued to buy, and bought a modest 5K more, his holdings are now worth $1B.

Ethereum’s co-founder starred in a Twitter public fight. “Vitalik’s Ethereum wallet address has been known since late 2018 when he shared it over Twitter in response to criticism over Ethereum’s pre-mine.” This key figure in the crypto industry now holds 334K ETH, which at today’s prices is approximately $1.5 B.

It’s public knowledge, the Winklevoss twins invested part of their Facebook settlement in a then-new idea. The story goes as follows, “While on Holiday in Ibiza in 2013, Tyler and Cameron learned about Bitcoin and subsequently decided to buy 1% of all the BTC in circulation.” With that, they founded the Gemini exchange, a key component of the crypto industry. Coin Bureau estimated that each twin holds “between 2-3 billion dollars in cryptocurrency, mostly Bitcoin.”

One of the biggest criticism that the crypto industry wields against Ripple is the incredible amounts of XRP that its founders and the organization hold. Well, “the third biggest crypto billionaire is Ripple co-founder Chris Larsen who holds anywhere between 5.2 and 7.8 billion XRP.”

It’s worth noting that, “All XRP allocated to Ripple’s founders is subject to a vesting schedulle that will last untill 2026, assuming the SEC doesnt succed in its case against Ripple, in which case Chis’s XRP  will be unsellable by law.” It looks the other way so far, though. And the market seems to be supporting this turn of events.

Did you know that FTX’s Sam Bankman-Fried was in talks with Binance’s CZ to fund an exchange together before any of the two made it big? True story. Well, Bankman-Fried is the “founder of Alameda Research and the FTX cryptocurrency exchange.”

Alameda Research made more money than god in an arbitrage trade. They figured out there was a premium hidden in Bitcoin’s prices in Japan. They bought in the U.S., sold in Japan, and made history. And a fortune. After that, “The FTX derivatives exchange is Sam’s second endevour, and it’s become one of the most popular crypto exchanges since it was founded in 2019.”

A key part of the crypto industry, through FTX he’s helped launch very successful crypto projects. Plus, they have their own coin that has appreciated over time. Coin Bureau says, “Sam’s exact cryptocurrency holdings are not known, I estimate them to total anywhere between 5 and 10 billion dollars.”

Even though CZ’s net worth is “listed at around 2 billion dollars,” Coin Bureau investigated and made some controversial assumptions. First of all, after attending a crypto conference, “CZ subsequently decided to sell his apartment in Shanghai and go all-in on Bitcoin. If my calculations are correct this banked him anywhere between 50 to 100 thousand BTC.”

The Bureau uncovered some articles in which CZ said that he likes to hold his fortune in crypto-assets, so they assume that he’s still holding to that. Years later, when Binance launched their own coin, 40% of BNBs initial minting of 100 million was allocated to the founding team. Again, the Bureau assumes he still has them, “CZ’s BNB holdings alone could easy be over 10 Billion Dollars at today’s prices.”