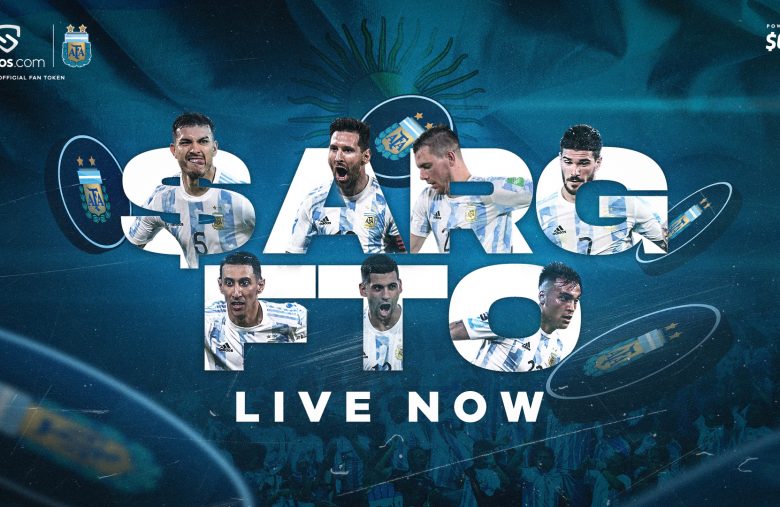 The Argentinian National Soccer Selection launched its official token last week, with a great reception. The token that would give fans involvement in the decisions regarding the soccer team, sold out quickly. The Argentinian National Soccer Selection is the first national team to launch its own fan token. Nonetheless, other European clubs already have their fan tokens.

The Argentinian National Soccer Selection, one of the most popular teams worldwide, launched its fan token last week. The token, launched in partnership with the platform Socios.com, will allow fans to have involvement in some decisions involving the team. According to a blog post from the AFA, the Argentinian Soccer Association, fans will:

“Have the possibility of taking part in surveys, discounts, exclusive promotions, and unique experiences, which will only be intended for those who own these digital currencies.”

The launch was a success, selling out in less than three hours according to official reports. Although the sale completed successfully, reports note the platform faced some hiccups and was inaccessible for some time. However, more than 600K tokens, giving the selection an income of more than a million dollars.

The sale happened in two phases: 400K tokens were sold at two dollars each, and then the price was set according to supply and demand. Each user could buy only 250 tokens. The Argentinian team is the first national selection to launch its own fan token. The president of the AFA, Claudio Tapia, stated:

Through official Tokens, fans will feel closer to our selection and will be able to participate in exclusive prizes and experiences. We are very excited about this new announcement, which reinforces the confidence of large companies in AFA’s commercial projects.

Argentina joins other teams such as Atletico de Madrid, Barcelona FC, Juventus, and AC Milan in launching its own token. Socios.com is a pioneer in monetizing fan interest, allowing them to speculate with the price of these tokens. The service provides a launchpad that allows teams and brands to monetize their engagement through its Ethereum based platform.

More than 26 sports teams already established partnerships with Socios to launch their own tokens. Last month, UFC also announced they would use the platform to emit their token, bringing their huge engagement to the brand. Socios.com is expecting more teams to join their platform, as fans are looking for more interactive experiences involving their favorite teams.