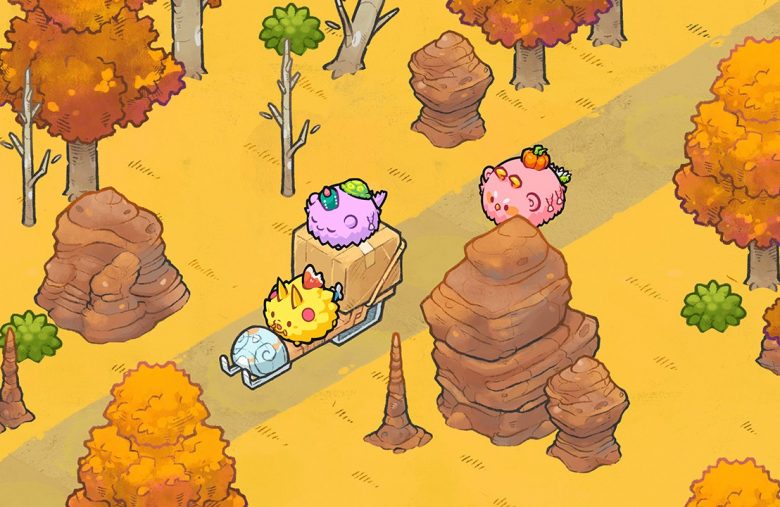 The Ethereum game Axie Infinity continues to see demand as the developer Sky Mavis revealed on Friday there are now more than 1 million daily active players. Additionally, the game token utilized within the Axie Infinity gaming universe tapped an all-time high at $52 per unit 10 days ago. Despite being down 18% from the price high, axie infinity (AXS) tokens have gained over 60% in the last two weeks.

“It’s official,” the Axie Infinity Twitter account said on Friday. “More than 1M daily active players. Let’s keep pushing, together.” For further clarification, the Twitter account for the project also added that “some players download the game client without owning Axies. There are still less than 1M Axie owners.”

Interestingly, a few Twitter accounts complained to the Sky Mavis developers about issues with the other token tied to the game called smooth love potion (SLP). Axie infinity (AXS) tokens have done extremely well during the last two weeks while also gaining 218% over the last month. SLP’s market performance, on the other hand, has faltered.

What a day. @AxieInfinity is the first NFT project to hit $1Bn in
all-time NFT trading volume.

History in the making. $AXS pic.twitter.com/oAc0rOYD9n

The U.S. dollar only captures around 1.1% of the token smooth love potion’s trades. On Friday one of the co-founders of Axie Infinity tweeted about the project’s NFT trade volume. He wrote:

What a day. Axie Infinity is the first NFT project to hit $1Bn in all-time NFT trading volume. History in the making.