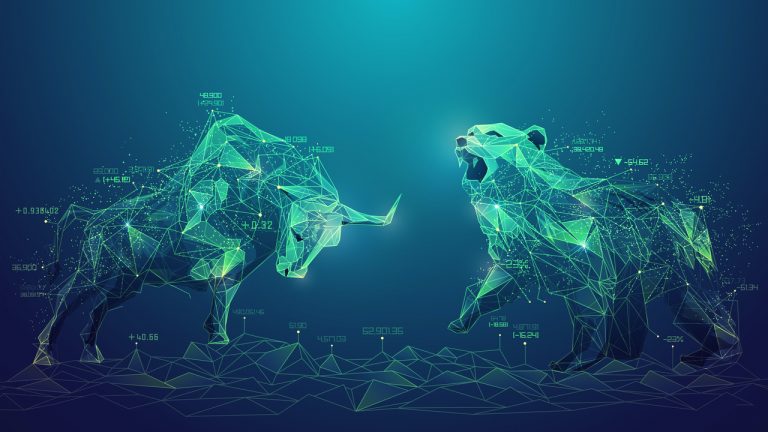 On Saturday, cryptocurrency analysts and traders have been discussing bitcoin’s recent chart patterns and the infamous death cross pattern has been a topical conversation. A number of traders believe when bitcoin’s short-term moving average (MA) dips below the long-term MA, the crypto asset could be bracing for a major sell-off. Meanwhile, others are sure the death cross technical pattern means the price is due to rebound and possibly double-top to higher values than the previous all-time high.

The Return of the Infamous Death Cross

On June 19, a number of Twitter conversations, forum posts, and even headlines discussed the technical pattern called the death cross in regard to bitcoin’s (BTC) chart. Bloomberg published an article concerning the death cross on Saturday and the publication featured a few statements from billionaire investor Mark Cuban. The definition of a death cross stemming from Investopedia notes the pattern suggests “the potential for a major sell-off.” The website’s definition adds:

However, the death cross doesn’t necessarily mean a bearish market is due. Investopedia details that death cross events led to traditional stock market crashes during the past century including 1929, 1938, 1974, and 2008. Death crosses are not unusual and data from Canterbury Investment Management indicates the Dow Jones Industrial Average has experienced 84 death crosses since 1929. The popular economist and trader Alex Krüger discussed the situation of a death cross in relation to BTC/USD charts on Sunday.

Journalists love writing about how a death cross could bring forth a bear market.

The popular creator of the bitcoin stock-to-flow model, Plan B, also tweeted about the infamous death cross on Sunday. “Study this chart to see what happened [the] last two times the death cross happened, Q4 2019 and Q1 2020,” Plan B said to his 566,000 followers.

However, an individual named Mohit Sorout responded to Plan B’s tweet and noted that there’s been a number of death cross occasions throughout bitcoin’s lifetime.

“There have been 6 past death crosses in bitcoin’s lifetime,” Sorout replied to Plan B. “4 have resulted in enormous downside. The two that didn’t lead to a downtrend were towards the end of a bear market, not after a full blown bull run. Choose your bias wisely,” he added.

There have been 6 past death crosses in bitcoin's lifetime.

4 have resulted in enormous downside. The two that didn't lead to a downtrend were towards the end of a bear market, not after a full blown bull run.

The creator and host of CNBC’s Crypto Trader show Ran Neuner also wrote about the death cross on Sunday. “Bitcoin shorts are being closed,” Neuner said. “This is confirmation that the shorts were speculative and that it wasn’t miners hedging. We said this would happen in anticipation of the ‘death cross’ that should cross around the 24th June. Expect more FUD. I’m not selling.”

Bitcoin shorts are being closed.
This is confirmation that the shorts were speculative and that it wasn’t miners hedging.

We said this would happen in anticipation of the “death cross” that should cross around the 24th June.

A crypto enthusiast called Sultan discussed the death cross situation with his followers as well and said that it may mean the worst is behind us. “Death cross,” Sultan wrote. “Ironically, death crosses are often a sign that the worst is already behind us. At the 2019 DC, Bitcoin had already went through a -47% dip before the DC flashed, with a 52% recovery after. And a -64% dip before the 2020 DC, with a quick 150% recovery,” he added. Another person wrote to Plan B and said:

A real death cross is when both MA’s are facing down. Good luck to anyone trading the current cross on BTC.

No one really knows what will happen even though a number of traders are confident their predictions will play out. Investor and market watcher John Hostetler also talked about the death cross scenario as well on Sunday. “Only a fool could deny that this Bitcoin DeathCross is more like a bearish cross in red than a bullish one in green,” Hostetler said. “But I do like how the BTC price fell this week, as if to say ‘let’s get it over with, then we can rise’”

“In the end, the cross changes little,” Hostetler further stressed. “Big question remains: has this halving cycle peaked? 2 weeks ago I would’ve assigned that a 1% possibility, because I hadn’t looked at the now-dismal chart of Bitcoin S2F multiple in a while. Since then I have raised the odds to ~20%. But that still leaves 80%. So I continue with the Bitcoin double top model, drawing hope from the summer of 2013, when $BTC came within a breath of a Death Cross: grey arrow on the chart,” he concluded.