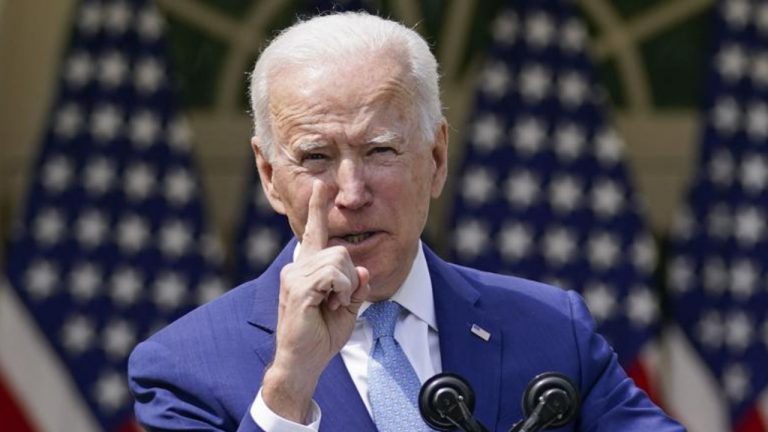 The Biden administration is reportedly looking to increase oversight of the crypto market with the aim to protect investors and prevent illicit transactions. White House officials, lawmakers, and central bankers have had several meetings on cryptocurrency regulation amid recent price swings of crypto assets.

The Biden administration, lawmakers, and central bankers have held numerous meetings amid recent volatility in the crypto market, the Washington Post reported Tuesday.

White House officials were briefed by the Treasury Department about the risks posed by cryptocurrencies earlier this month, the publication cited two people familiar with the matter. Federal regulators, including the Office of the Comptroller of the Currency (OCC) and the Consumer Financial Protection Bureau (CFPB), were also involved.

Officials of the Biden administration are studying potential “gaps” in oversight related to the cryptocurrency market, such as whether cryptocurrencies can be used to finance illicit or terrorism activities, the people said, adding:

They have also discussed whether some protections are needed for average retail investors purchasing cryptocurrency.

The Treasury Department recently unveiled Biden’s tax proposal, including requiring businesses to report crypto transactions of more than $10K to the Internal Revenue Service (IRS) as part of a broader effort to crack down on tax evasion.

Federal regulators currently do not see the volatility in the crypto market as a threat to the broader financial market stability but believe that the risks are worth monitoring.

Administration officials are discussing whether crypto oversight can be heightened while still allowing investors to “dogecoin to their heart’s content,” one person briefed on the matter described, elaborating:

They’re aware of the fact that there are all kinds of risks in the abstract and things to look out for, but they are still largely in a wait-and-see posture.

Meanwhile, central bank officials and congressional lawmakers have talked more frequently about policies that could significantly change the crypto market. The House has passed bipartisan legislation, which has been sent to the Senate, instructing federal regulators to study and clarify rules for cryptocurrency. Federal regulators are working together to achieve this goal. According to Federal Reserve Vice Chair of Supervision Randal Quarles, this matter is of “high priority.”

The recent market instability has compounded existing concerns about cryptocurrency, including the environmental effect of bitcoin mining. Government officials also think cryptocurrency makes it easier for criminals to transfer money without detection.

Jason Furman, a senior economist in the Obama administration, was quoted by the news outlet as saying:

I wish we had smothered this a decade ago before it grew into a $2 trillion monster. Digital currencies are all cons and no pros — environment, crime, volatility, taking advantage of unaware investors. If they had any use at all, we could debate it. But they don’t have any use at all.

Meanwhile, the new chairman of the U.S. Securities and Exchange Commission (SEC) said that more investor protection is needed and crypto exchanges need more regulation. He revealed last week that he has asked Congress to weigh in on this issue. However, Congressman Jim Himes said that Congress is not ready to take action on cryptocurrency and in his opinion, no crypto registration will be passed by Congress anytime soon.

John Fagan, a former director of the U.S. Treasury’s Markets Room and now principal of Markets Policy Partners, said the Biden administration is likely to look at cryptocurrency issues with a focus on problems caused by money laundering, tax evasion, and investor protection. He expects the Treasury to concentrate on the first two issues while the SEC on the latter.