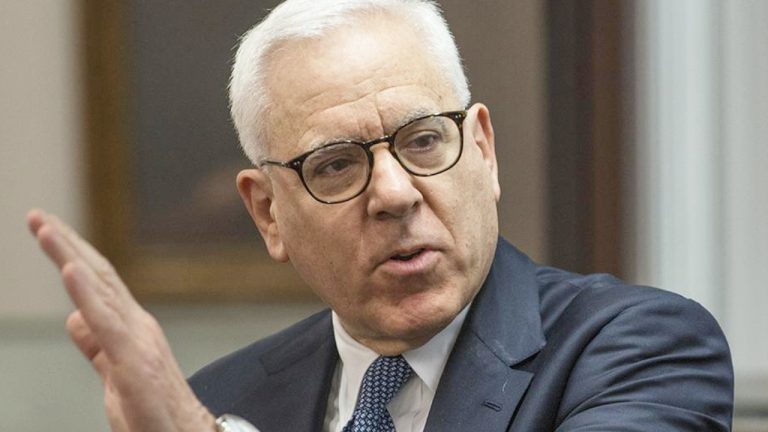 David Rubenstein, co-founder and co-chairman of Carlyle’s Board of Directors, talked about bitcoin and the future of cryptocurrency in an interview with CNBC last week. He previously served as co-chief executive officer of The Carlyle Group, a private equity, asset management, and financial services corporation. In 2015, Carlyle was the world’s largest private equity firm by capital raised over the previous five years, according to the PEI 300 index.

Rubenstein said: “Crypto has come from nowhere to be a force in the market. It’s in effect a gold substitute for some. … It’s here to stay. Cryptocurrency is not going away, just like gold is not going away.” He added:

The idea that the government is going to stop cryptocurrency from being something investors want is unrealistic.

The Carlyle Group’s executive noted that cryptocurrency “has its ups and downs.” However, he emphasized: “that’s true of anything that’s relatively new, and I don’t think you are going to see anything like crypto going away and disappearing.”

He continued: “It’s here and it’s here because people in the market want something other than just the traditional currencies that we have, and whether that’s right or wrong, it’s clearly something that the market wants.”

The crypto community welcomes Rubenstein’s comments. Michael Saylor, the pro-bitcoin CEO of the Nasdaq-listed company Microstrategy, which has amassed about 92 BTC so far, commented:

This is auspicious for bitcoin coming from David Rubenstein. He is chairman of the Kennedy Center for the Performing Arts, former chairman of the Smithsonian Institution, chairman of the Council on Foreign Relations, & president of The Economic Club of Washington, D.C.