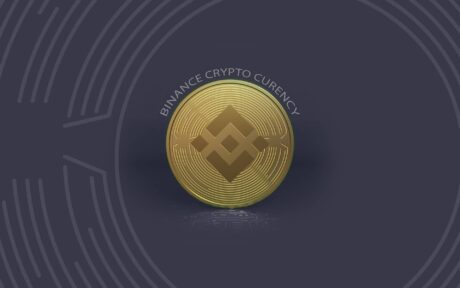 It is no surprise that international support for Ukraine continues to grow following the invasion by Russia.

After Russia invaded Ukraine, experts from every sector started getting worried about worse cases. For example, cybersecurity experts started answering if a global cyberwar is about to unfold. The crypto money industry did not remain idle either.

Binance, the world’s largest crypto exchange by volume, has announced a $10 million donation to Ukraine. Also launching an emergency fund for the affected country. On his Twitter account, CEO CZ noted, “Our focus is providing on-the-ground support. We care about the people.”

Our focus is providing on-the-ground support. We just care about the people.

In response to the Russia-Ukraine crisis, we are donating US$10 million to major Intergovernmental Organizations and NGOs to provide emergency assistance to refugees and children and to provide logistical support for refugees, such as food, fuel, and supplies.

The Ukraine Emergency Fund, started by Binance, has raised over $6 million in donations already. The fund is dedicated to helping those affected by recent natural disasters and violence in the Eastern European country of Ukraine.

FTX’s founder, Sam Bankman Fried, announced that he had donated 25 dollars worth of cryptocurrency to each user in Ukraine following the Russian war crisis.

The CEO of Chain.com, Deepak Thapliyal, has donated 100ETH (approximately $278,000) to help fund the cause.

When I realized the Ukrainian government had requested donations in the form of crypto, I felt compelled to do my part to help. Crypto donations are borderless and near-instant, so I hope that the government there can tap into it as soon as possible to help the people in need.

Vitalik Buterin, founder and inventor of Ethereum, expressed his support for Ukraine. He used the words “Victory For Ukraine” in a recent post on Twitter.

Ukraine is a hotbed of blockchain innovation. The country’s embrace of cryptocurrencies has made it one of the few places where you can legally trade Bitcoin or other digital currencies without fear from taxes and with their low-cost currency exchange rates combined with an abundance of talented engineers specializing in security protocols relating to this technology; today’s developments will be built here first.

Vice Prime Minister of Ukraine, Mykhailo Fedorov, has confirmed that the call for donations was real. He asked people to “Stand with Ukraine.”

As the crisis in Ukraine continues to grow, it is becoming clear that Russia has invaded to install a puppet government. The Russian troops have already entered Kyiv, which put the democratically elected government at risk. This could result in less freedom for its citizens than ever before.