Binance US explains why Bitcoin fell to $8,200 on its exchange yesterday 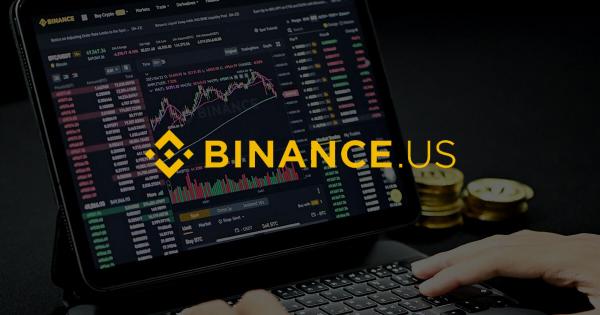 Shortly after, Binance CEO warned crypto traders of “market volatility” as the price of Bitcoin flashed crashed on its U.S. exchange.

Yesterday a surprising event occurred on Binance US as the price of Bitcoin briefly crashed to less than $10,000.

While this anomaly was quickly corrected, it had a far-reaching effect on other exchanges as Kraken also saw the value of BTC drop to around $54,000, Coinbase saw the price drop by around $1000.

The price rally of Ethereum was also briefly curtailed as the asset lost as much as 50 percent of its value in some cases where it was trading for $2000 after it had breached the $4k mark.

Interestingly, Changpeng Zhao, the CEO of Binance had earlier tweeted a warning to crypto traders generally asking them to “Expect very high volatility in crypto over the next few months.” Shortly after his tweet, Binance US saw the flash price crash.

Speaking on why this occurred on its exchange, Binance US in an email to Bloomberg, revealed that the flash crash was caused by a bug on one of its institutional trader algorithms. While the identity of this trader remained bogus, the crypto exchange continued that the bug had now been fixed.

“One of our institutional traders indicated to us that they had a bug in their trading algorithm, which appears to have caused the sell-off. We are continuing to look into the event, but understand from the trader that they have now fixed their bug and that the issue appears to have been resolved,” the email reads.

As of press time, it is not yet known if any of the exchanges suffered any losses for the brief drop in prices of the assets.

You may recall that the value of Bitcoin touched as high as $67,000 after the listing of the first crypto-based exchange-traded fund (ETF) in the United States.

Some analysts have tied the price surge of the digital asset to the historic listing of the Proshares ETF on NYSE. Notably, a number of crypto-related ETFs are expected to go live soon.