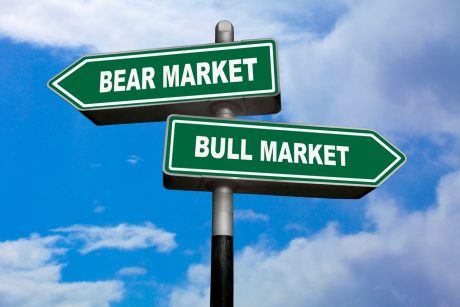 Bitcoin price is still below $40,000, after just weeks ago trading at over $64,000 per coin. The selloff shocked market participants of all sizes, prompting fears that the bull market is now over and a bear phase is next.

A trader who predicted this recent collapse months in advance using high timeframe technical analysis, now fears that a bear market could follow. But it all comes down to the pivotal June monthly close. Here’s why.

When it comes to technical analysis, the highest timeframes offer the most dominant signals. This means that regardless of what’s going on on daily or shorter timeframes, if the weekly, monthly, or higher say the trend is up, that’s the direction the market heads.

Reversals have to begin on the smallest timeframes, however, it is within the high timeframe charts where the earliest warning signs are visible. This is no different for Bitcoin, Ethereum, or any financial asset or cryptocurrency.

The problem is, on a rarely used high timeframe segment on the Bitcoin price chart, the top cryptocurrency is exhibiting an extremely bearish structure.

A sharp-eyed trader has spotted a hidden bearish divergence on the RSI across the five-month timeframe. Three-months, six-months, or a year are more commonly used, but that doesn’t discount the effectiveness of the segment.

every May i like to look at various assets' "sell in May and walk away candle", aka 5 months

way too early to tell, but pretty awful so far.

if that RSI curves down on 5M open in June…😬

High Timeframe Technicals Point To Bear Market, According To Trader With Track Record

This is the same trader that spotted the first ever bearish divergence on the Bitcoin quarterly chart. The signal confirmed and the top cryptocurrency dropped by more than 50% in its worst monthly candle on record.

Bulls can undo the damage done and prevent an evening star pattern from forming on the monthly if they can close May above $45,000. However, it is the June close that would also finalize the five-month candle above.

The candle currently has the largest upside wick into resistance in the history of the chart, showing that bears were ready and waiting. Each wick left on the five-month timeframe, was followed by a bear market.

Is this time different, or is a bear market coming to crypto before Bitcoin ever gets to six figures like the market expects? And could that expectation cause the bear market to be the worst on record as investors finally give up on the dream?

Anything is possible, but bulls have a little over a month to take Bitcoin to such highs, or else the RSI could turn down and this bearish signal could confirm.