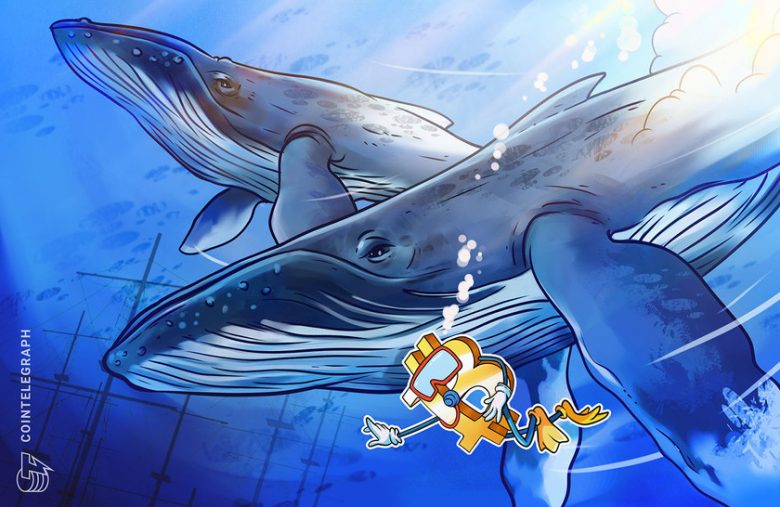 Despite the most recent price fluctuations with bitcoin, whales have not been deterred from accumulating sizeable portions. Buying 100,000 coins in less than a month, they now own almost half of the circulating supply.

Whales Own Almost 50% of BTC in Circulation

Bitcoin whales are typically separated into a few groups. Perhaps the most active one comes from wallets containing between 100 to 10,000 bitcoins. Sometimes, their behavior can determine the price action in the market as significant dumps in a relatively short period could lead to substantial corrections.

According to Santiment data, BTC whales have used the past month to increase their holdings. The Elon Musk-induced volatility in mid-May didn’t faze them, as previously reported.

“They now hold a seven-week high of 9.11 million bitcoins, currently worth a total of $367 billion at this time.” – noted the analytics company, and added that this impressive amount represents “48.7% of the total bitcoin supply.”

The ‘Little Guy’ Stacks Sats Too

Apart from whales, which are obviously buying more of the asset, the so-called “little guy” has also been stacking satoshis in the past several months.

Glassnode commented that “the response of ‘the little guy’ to the evolution of Bitcoin as an asset can be seen in the supply distribution.”

The response of 'the little guy' to the evolution of #Bitcoin as an asset can be seen in the supply distribution.

Entities with < 1BTC (sat stackers) almost own 5% of the supply and have accumulated in four accelerating phases.

Retail wallets had begun accumulating more in mid-2020 when the primary cryptocurrency entered its third phase, in which it has transitioned into a “macro-economic asset.”

Consequently, wallets with less than one bitcoin, also referred to as sat stackers, now own almost 5% of the total supply. Glassnode further explained that they have continued purchasing in the four accelerating phases.

As of now, BTC can find itself in the fourth such stage as a geopolitical asset. Perhaps this came into reality after El Salvador became the first country to make the cryptocurrency a legal tender within its borders.