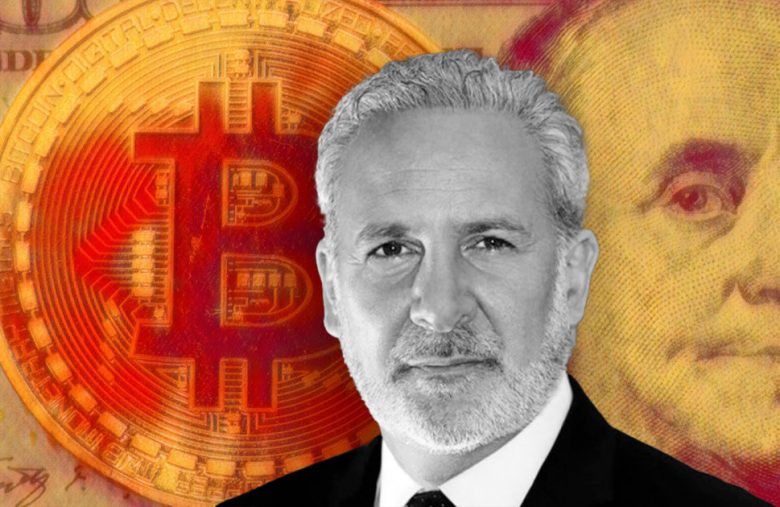 Peter Schiff, CEO of Euro Pacific Capital and a well-known critic of Bitcoin, went full-on doomsayer mode yesterday with predictions of everything collapsing—the U.S. dollar, the American economy, and, of course, Bitcoin (BTC).

“I don’t think these Bitcoin collections are going to be worth anything when the music stops,” Schiff said in an interview with financial analysis firm RealVision on Wednesday, adding, “You can’t do anything with a Bitcoin. Once nobody wants your Bitcoin, it’s completely worthless.”

💥Opposing Views on the Role of #Government & the Essence of #Money💥@AshBennington moderates a discussion between @profplum99 & @PeterSchiff on everything from the merits of MMT & Austrian Economics to inflation & the characteristics of money.

He went on to compare Bitcoin to the Beanie Babies craze, noting that people ostensibly could at least use them to insulate their homes by shoving the toys “in between the walls” when that bubble collapsed. Bitcoin, on the other hand, can’t be used for even that, Schiff noted.

“Bitcoin is not a currency, it’s not used as a medium of the exchange really, or a unit of account. It’s just used for speculation. It’s not an investment asset like real estate, doesn’t pay rent, it’s not a stock, it doesn’t pay dividends, it’s not a bond, it doesn’t pay interest. It’s not even a commodity, because you can’t use it for anything. It’s a collectible token,” Schiff argued.

Everything is going down

On the other hand, Bitcoin is not the only asset that is currently on its way down. According to Schiff, the U.S. dollar is also likely to collapse alongside. The question is, which one of them will be the first to go?

“The Bitcoin bubble might pop before the dollar bubble. We may have a cryptocurrency crisis before we have a dollar crisis,” said Schiff. “We have this enormous government and a giant bubble economy that’s sustained by the artificial suppression of interest rates. That continues to exacerbate these underlying economic imbalances that ultimately are going to need to be corrected with a major economic collapse.”

He also argued that people should be “unchained” from the government and free from  income or social security taxes. Instead, they will be better off saving for their own retirement instead of relying on “a government Ponzi scheme.”

Analysts at major American investment bank JPMorgan recently also pointed out that Bitcoin is not immune to global financial uncertainty and is showing “weakness” lately.

The post Bitcoin critic Peter Schiff says both the American economy and US dollar are going to crash appeared first on CryptoSlate.