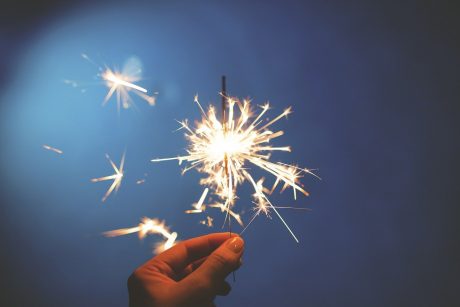 Bitcoin price was rejected from above $55,000 and is now back to sinking lower. Meanwhile, altcoins like Ethereum continue to climb complete unaffected by the leading cryptocurrency by market cap.

The recent divergence between the top dog and the rest of altcoins, has resulted in Bitcoin dominance taking a nosedive to levels not seen since 2017 and 2018. Could this be the official start of altcoin season before the market cycle starts all over again?

It has been more than 1000 days that have passed since the last time BTC dominance was below the 50% level, signaling that altcoins had taken over the crypto market.

The past 1000 and then some days have been completely dominated by Bitcoin instead, rising to as high as 73% peak dominance at the end of 2020.

BTC.D, a metric weighing the top cryptocurrency’s market cap against the rest of the space, is now back below 50% and could be ready to set new lows if an altcoin season truly is upon us.

Altcoins capturing much more dominance this time around makes sense, as there are easily several more times the coins that have appeared since, and each market cap individually is ballooning.

What Altcoin Season Means For Bitcoin, Ethereum, Litecoin, And Other Top Coins

If altcoin season really is here, there are a few things that crypto investors can expect according to past cycles. Altcoin season’s start doesn’t always mean that Bitcoin’s run is over.

During the 2017 bull run, there were two distinct altcoin seasons, with only one ending the historic crypto market cycle. Altcoins topped much after Bitcoin, which is a scenario that could be coming into play now.

But with Bitcoin still so bullish, just because altcoin season is here doesn’t mean the bull run for BTC is over. Instead, altcoin capital could flow back into BTC, propelling the top brass crypto asset even higher.

Once the coin then tops out for the grand finale cycle peak, another altcoin season could act as exit liquidity before the cycle ends, and it all starts to repeat again.

The biggest and most respected altcoins like Ethereum and Litecoin would run first, then from majors money will flow into mid-caps, and eventually risk will venture into small-caps for moonshot-type gains.

The most important thing is to get out when it looks like things are about to end, as altcoins tend to collapse by as much as 99% when they run out of steam eventually, and momentum turns downward instead.