Bitcoin Dominance Dropped Below 50%, What This Could Mean For The Market 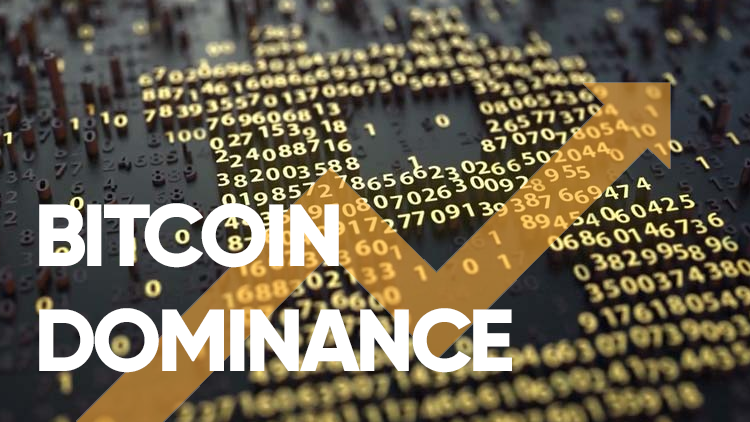 Bitcoin still moving sideways on the lower timeframes has managed to hold above key support. At the time of writing, BTC trades at $49.807,17 with 16.8% and 2.4% in the weekly and monthly charts, respectively. The market cap stands at 938 billion.

Conversely, the price zone around $55,000 has become a major resistance and an area with a “ton of whale inflows”, as monitor Whalemap stated. The 200-day Exponential Moving Average (EMA) for Bitcoin in the daily chart will be its most important support. Now, this metrics sits around $40,000, a number BTC could revisit, according to Byzantine General:

For those asking me about on-chain data.

47k was support, a bunch of stuff confirmed this, including whale bubbles. That's why I said a few hours ago that we probably see a relief bounce.

But bigger picture I think it's quite likely we fizzle down to 40k.$BTC pic.twitter.com/bIOwbGJeNR

Bitcoin’s dominance has also been affected by its price performance. The metric dropped below 50% for the first time since January 2018 when it reached 37%, as Chief Strategy Officer at CoinShares, Meltem Demiros, claimed. At present, BTC’s dominance displays some recovery and is back above 50%.

When BTC’s dominance dropped 3 years ago, altcoins saw important gains. On the surface, this market cycle could go on a similar path. However, Demiros believes that profits for some altcoins, like Solana (SOL) and Terra (LUNA), were not driven by “cash inflows” but from a “large rotation” on crypto platforms.

Therefore, it seems necessary for investors to keep track of an altcoin’s trading volume and market depth. Coins with low liquidity, trading volume, and “price narratives” could be susceptible to high volatility. Demiros added:

The story around BTC dominance and the rise of alts is def one to follow. History doesn’t repeat, but it rhymes. I’m curious to see how this cycle will unfold and what will be different. Make sure u look at more than just price when making decisions!

Data from Glassnode for the Entity-Adjusted Dormancy Flow (EADF), metric used to time market lows and bullish or bearish trends points to a high level of activity by new investors during this week sell-off.

Bitcoin volatility is simply a mechanism for transferring coins from weak-hands to strong-hands with conviction.

As analyst William Clemente said and showed in the chart below, BTC’s dormancy is decreasing. Therefore, “new coins” are being transferred to long-term holders. The Long-Term Holder Net Position Change has also seen a rise over the past days. Clemente said:

On-Chain shows the opposite, older coins are being held strong throughout recent volatility. pic.twitter.com/XvbceAnHJE