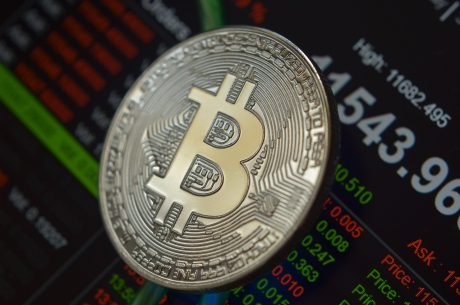 Yesterday’s Twitter feud between business tycoon Elon Musk and the crypto community had far-reaching consequences that went beyond the constant verbal sparring on the popular social media site. For the crypto market, it was a disaster.

Liquidation Galore In The Crypto Market

According to data from ByBit, a total of $2.4 billion worth of longs is liquidated in the past 24 hours as a result of the market crash caused by Elon Musk’s bearish Bitcoin tweets. Similarly, the total value of liquidated longs in the last 12 years is $1.16 billion.

“We are concerned about rapidly increasing use of fossil fuels for Bitcoin mining and transactions, especially coal, which has the worst emissions of any fuel,” Musk said in a note posted on Twitter last Wednesday. “Cryptocurrency is a good idea on many levels and we believe it has a promising future, but this cannot come at great cost to the environment.”

In the last 24 hours, a total of 303,836 traders were liquidated, with the highest single liquidation order on Huobi-BTC worth nearly $90 million.

Among the usual top digital assets like bitcoin, ether, XRP, and others, the hot cryptocurrency SHIB, which rose in popularity as a result of the growing popularity of dogecoin, saw nearly $43 million liquidated in SHIB longs.

The market was equally unforgiving of short sellers. According to ByBit numbers, a total of $441.5 million in shorts were liquidated yesterday as a result of the volatile price action in the crypto markets.

The global cryptocurrency industry’s flagship digital asset is losing market share as its market supremacy dwindles. According to CoinMarketCap and Coin360 reports, Bitcoin now has around 40% market share.

Ethereum (ETH) is currently the second most common cryptocurrency after Bitcoin, with a market share of 19.3 percent at the time of writing. Binance Coin (BNB) has a 4 percent dominance, Cardano has a 3.3 percent dominance, and Elon Musk’s favorite coin, Dogecoin, has a 3 percent dominance. In January 2018, Bitcoin domination fell to its lowest point of 33% for the first time.

There are two imminent eras bound to be ushered in from now. First is a bearish market where the price of all assets tumble as seen following previous bull runs, and also, a journey into an alt season, where alternative digital currencies will see a valuation outperformance. If the former happens, Bitcoin’s fundamentals and the positive sentiments surrounding it will help it maintain a greater dominance over altcoins. If the former occurs, the combined altcoin dominance, which is currently at 60.1 percent, will likely increase in the near future.