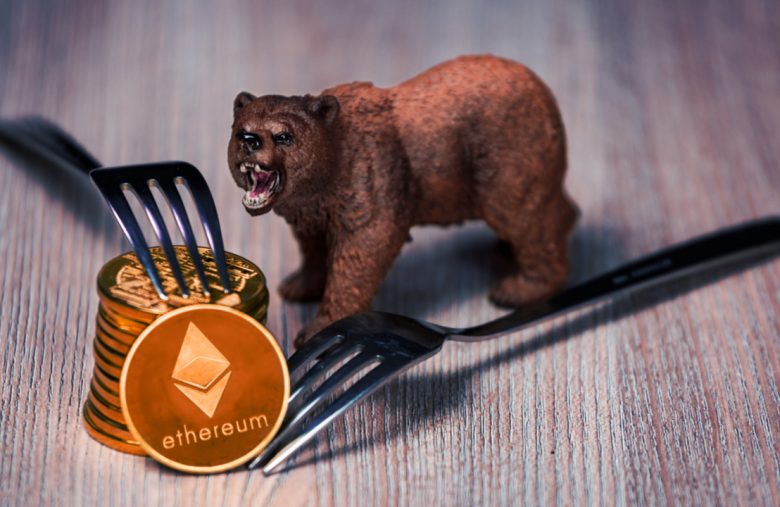 Ethereum was trading below $2,800 to start the weekend, as crypto bears extended recent market sentiment. Bitcoin was also under $40,000, as the global cryptocurrency market cap dropped by nearly 3% as of writing.

For a fourth consecutive session, prices of the world’s largest cryptocurrency traded lower, as market pressure continued to keep bulls away.

This drop in price comes as price strength has also firmly entered oversold territory, after breaking below the 44.20 floor of the 14-day RSI.

We are now tracking at 43.55 on this indicator, which is its lowest reading since February 3, where bitcoin was traded at a low of $36,200.

Despite the recent fall, there still seems to be the possibility of further declines, should downside momentum continue to persist.

ETH was on the verge of falling below $2,700 as of writing, as the #2 cryptocurrency continued to extend this week’s losing streak.

Saturday saw ETH/USD fall to an intraday low of $2,712.96 during today’s session, as such maintaining a two-week low in the process.

Looking at the chart, the Relative Strength Index on 14-days has also slipped to multi-week lows, and currently tracks at 41.28, its lowest point since February 2.

This drop in price has seen ETH/USD find a floor at $2,685, with the RSI maintaining a support point of 40.

However, if these levels cannot be held up due to incoming pressure, we may inevitably see ETH fall towards $2,400.