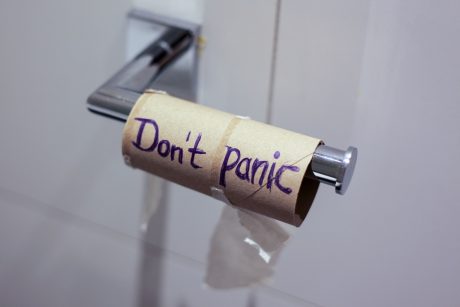 Analytics provider Glassnode has been breaking down last week’s market slump in its Monday “Week on Chain” report, revealing that the market traded down by over 47% from the weekly high of $59,463, to lows of $31,327. This generated a massive red $28K weekly candle, the largest ever.

“The magnitude of realised losses on-chain this week has, eclipsed all previous capitulation events, including March 2020, Nov 2018 and the sell-off that ended the last bull market in Jan-Feb 2018.”

The USD value of daily losses realized by spent coins hit a new all-time high of $4.53 billion on May 19, it added. This was more than 300% higher than any previous spike and a whopping $14.2 billion total weekly realized loss.

Read more in The Week On-chain👇https://t.co/mafnIqtfTp

The findings continued to state that even accounting for profitable Bitcoins that were spent, this capitulation event is still the largest net realized loss by a significant margin. With over $2.56 billion in net losses taken on-chain on May 19, it is 185% larger than the March 2020 pandemic induced Bitcoin market crash.

“What this indicates is that a very large cross section of the market was taken by surprise by this event.”

Glassnode labeled it “A Capitulation for the History Books”, adding that price action was heavily driven by what can only be described as a “FUD-bath”. Elon Musk’s massive u-turn on BTC due to energy consumption kicked it off, and then came China’s mining ban, followed by regulatory concerns in the U.S.

The net losses have resulted in a decline in the Bitcoin Realised Cap, which is calculated by valuing each unspent transaction (UTXO) by the price when it was last moved. Bitcoins purchased higher are revalued to lower prices resulting in a Realised Cap decline by $7 billion from its all-time high of $377 billion.

It concluded that the number of unique entities on-chain which are now in profit has reduced to 76%. The remaining 24% of all on-chain entities are currently holding unspent transactions are underwater, highlighting the proportion of the market who purchased coins higher and may become panic sellers.

At the time of press, Bitcoin was trading up 10% on the day at $38,800 as markets showed signs of short-term recovery.