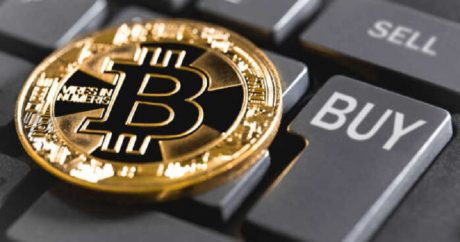 BTC with a strong rally in the daily chart. Source: BTCUSD Tradingview

The sentiment is growing bullish, as Bitcoin continues to tackle the important resistance at key levels. In addition, data from CryptoQuant points towards bullish indicators.

Despite an increase in BTC inflows to exchange platforms, most of the selling seems to be absorbed by strong buyers. As a consequence, the Bitcoin spot reserves on exchanges are on a downtrend, as the chart below shows.

CryptoQuant claims that this is the “highest outflow level” since Bitcoin has been testing the lows of its current range, around $29,000, and the high levels at $40,000. Therefore, it is possible to assume that BTC’s price could find enough support for a fresh leg-up into previous highs.

On the first pullback after breaking through $30,000 earlier in the year, there was the same peak in outflow volume on the exchanges. We need to see as price breaks new resistance up to the last historial top (…)

This data also suggests that the price could reclaim the previous high without “great demand”, CryptoQuant said. There were similar BTC outflows in mid-July, but the report attributed it to an internal transaction. The recent spike is even higher than the previous outflow indicating

Clearly big players capitulating to liquidity from the bears who were betting on a break of support at $30,000.

A separate report by QCP Capital highlighted that the recent bullish price action occurred despite e-commerce giant Amazon denied the rumors on their alleged crypto payments program. In addition to the high BTC outflows, there has been a spike of flow in the options market.

This spike was recorded during the days before the big rally that took BTC from the low $30,000 to its current levels. As QCP Capital said, there was a wave of call buying with over 2,000 BTC place at 42,000 and 44,000 strikes with 3-week expiries.

In other words, some investors could be betting on more appreciation for the coming weeks. This could be additional fuel for Bitcoin to break out from its current pattern. QCP Capital added:

However, the vol market reacted quite differently this time round with signs of stress to the topside. Unlike the previous rally which only saw front end vols spike while the back-end remained stable, this time back-end vols moved higher tandem with the spike in front-end vols.

For the short term, the firm predicts more resistance in the current levels with a potential TD 9 sell signal for July 29th. During the weekend, the end of the month options expiring could push Bitcoin to the $40,000 and $42,000. If this is the case, QCP Capital expects these levels to hold with a potential extension to the $50,000.