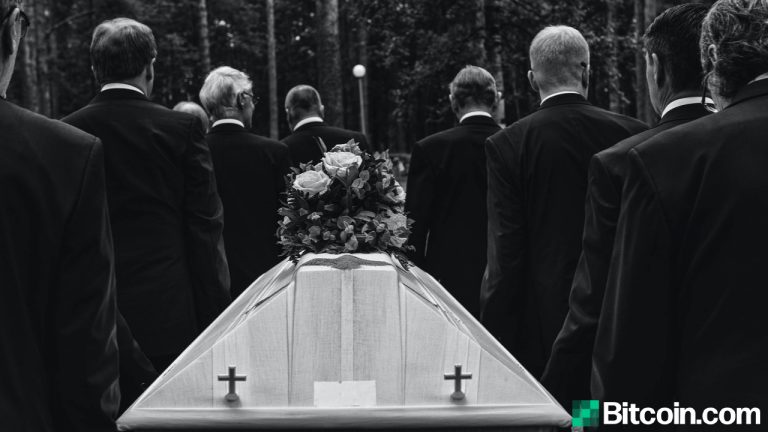 Digital currency markets have shed billions in value over the past week and during the market carnage, bitcoin haters have come out in flocks. Moreover, according to numerous crypto skeptics, bitcoin has officially died 21 times this year and this week’s downturn is sure to provide another eulogy.

BTC has regained some of the losses it has taken on Wednesday morning, but is still down quite a bit from yesterday’s price highs. Market trauma like this causes numerous bitcoin haters to come out of the woodwork, as many feel the need to explain to the public that crypto is nothing more than speculative ‘tulip mania.’

On Wednesday, the bitcoin hater Nouriel Roubini tweeted about BTC after the prices plunged to new 2021 lows.

Bitcoin falls more than 40% from its peak in less than one month. Which institutional investors are reckless enough to invest in such a risky and volatile pseudo-asset with no intrinsic value? They should be fired on the spot if undertaking such a reckless speculative gamble!

The gold bug and economist Peter Schiff believes that this is a full-fledged “bitcoin bear market.”

The most bearish aspect of the #Bitcoin bear market is that it's been slow and steady, at least by Bitcoin standards. So far there hasn't been a crash that would indicate capitulation. Instead Bitcoin bulls remain steadfast, their faith unshaken as they confidently buy every dip.

Meanwhile, droves of BTC supporters are unshaken it seems, and many believe the bad times will soon be over. “For those new to crypto, please let me introduce our old friend honey badger. Honey badger don’t care,” Watchdog Capital’s Bruce Fenton said on Wednesday.

“Not concerned,” the host of the Youtube show ‘Colin Talks Crypto’ stressed. “Bull run is still on. I sold a small bit of BTC and ETH yesterday. Going to re-buy lower,” the Youtuber added on Wednesday.

2021 has seen all-time highs (ATH) as far as a number of crypto assets are concerned and BTC spiked 2x higher than 2017’s previous ATH. However, 2021 has seen a number of “Bitcoin Obituary Stats,” as approximately 21 deaths have been recorded on the web portal 99bitcoins.com.

So now that #Bitcoin is dead again what are you all up to?

And that’s why the world’s most-traded cryptocurrency is worth basically nothing… Don’t even start on the notion that bitcoin is a currency or a store of value, or a hedge against inflation. The unstable price chart belies all of those notions, as does exposure to bitcoin advocates, none of whom will be running the Federal Reserve soon.

Mullaney’s opinion highlights that bitcoin isn’t much of a ‘revolution’ unless someone can tell him what the “revolutionary technology does in the real world.” The author concludes that “Amusing Elon doesn’t count. For crypto, t’aint much.”

In addition to Mullaney’s opinion editorial, there’s 20 more obituaries that stress bitcoin is sitting in a casket while this article is written. At the time of publication, at 11:30 a.m. (EST) on Wednesday, bitcoin (BTC) is exchanging hands for $36,979 per unit.