Bitcoin Might Already Be In A Bear Market, Investors Just Don’t Know It Yet 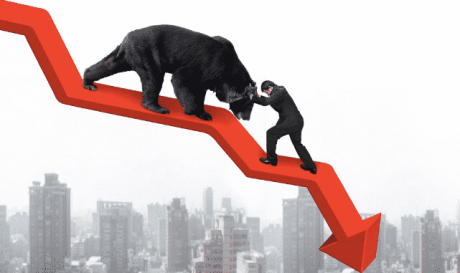 Bitcoin has so far enjoyed a good amount of success these past years, and so it is not surprising that investors want to continue to believe that the digital asset will continue its growth spurt. But what could very well be faith in the market might also be a denial of the obvious, which is that bitcoin has finally entered a bear market.

For about two months since bitcoin hits its $64K all-time high, the pioneer digital asset has suffered losses and corrections that have seen the price dip even further down than anticipated. About a month after setting a new price record, the digital asset saw several dips that led to the loss of over 50% of its all-time high value.

Massive sell-offs have seen the price plummet and with institutions showing more interest in the digital asset, the price has responded negatively. There has not been any remarkable recovery since the asset had fallen below the $30,000 price point last month. And thus, with the current market trends, it is not a far stretch to say that bitcoin might have finally succumbed to the bear.

A major factor contributing to the recent price crashes has been the crackdown by China on mining. The country had banned mining leading to an exodus of bitcoin miners out of the mining capital out of the world. Before the crackdown, it was estimated that approximately 70% of all crypto-mining was carried out in China.

This reduced the bitcoin hash rate to dangerously low levels and thus, affecting the price and increasing panic in the market. With miners still looking for where to set up their operations, the market was very uncertain as to the future of the digital asset. And as such, investors had started getting out of the market.

BTC price struggles to recover as bears drag it down | Source: BTCUSD on TradingView.com

Panic selling has also contributed largely to the price dip. Coin holders who did not want to be “caught with their pants down” had started offloading their coins in case the price did not recover.

Whales had also taken advantage of bitcoin’s high price to offload their coins in order to buy back in when the coin dipped. Of note is Jim Cramer saying that he had sold almost all of his bitcoins and had planned to get back in when the price of the digital asset had dipped below $30,000.

What Happens From Here?

Right now, bitcoin sits at a very critical point. The next couple of weeks will most likely decide where the price of the digital asset will end up facing. Market factors right now are looking incredibly bullish as more and more FUD floods the market.

Several countries have begun crackdowns on top crypto exchange Binance, saying that the crypto exchange does not have jurisdiction or permission to operate in their countries. Sadly, this has led to doubts in investors’ minds.

China, along with the mining crackdown, had ordered all financial institutions in the country to stop allowing crypto purchase and trading. Shutting off one of the biggest crypto markets from the wider crypto space.

Following the massive FUDs coming out of the market, the Fear and Greed Index remains firmly in the extreme fear quadrant. Old and new investors alike are very wary when it comes to putting money into the market for fear of a downturn.

Bitcoin is currently trading at $31,365 and the market cap of the digital asset has now fallen below $600 billion.