Bitcoin miners stop selling, why it is bullish for BTC? 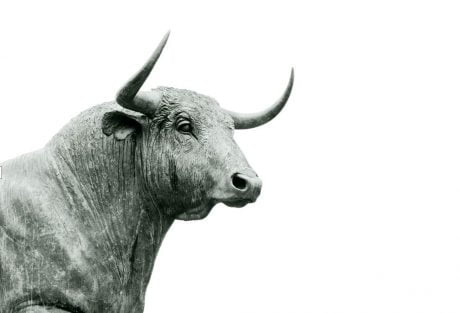 Bitcoin is wobbling in a critical support zone. New indicators are bullish and point to a continuation in the rally.

Moskovski Capital CIO Lex Moskovski shared data from Glassnode showing that a trend in Bitcoin miners has reversed. Since the beginning of March, this sector began to increase its level of Bitcoin sales.

According to the chart shown by Moskovski, when miners’ BTC selling levels have risen, Bitcoin has moved sideways. The December 28 rally was preceded by high BTC buying by this sector. Although buying levels still remain low, Moskovski said:

Miners have stopped selling and began accumulating once again, on average.

It seems they expect the price to go higher. pic.twitter.com/9omBjNXtpR

A change in miner sentiment coincides with an increase in the amount of Bitcoin that has left exchanges. Moskovski also records 9,077 BTC pulled from Coinbase’s platform. Analyst Willy Woo believes that institutions are responsible for the outflow of BTC from exchanges:

1st chart is coins being scooped off exchanges (it's mainly Coinbase, meaning a US entity, and at the scale of the withdrawal it's likely an institutional yet to be announced buyer).

2nd chart is coins moving to strong hands with minimal history of selling.

Adding that Bitcoin traders shorting BTC have gone “cray-cray”. In support of the above, Glassnode records a decline in BTC supply on exchanges, analyst William Clemente said:

This is what absolute scarcity looks like. It doesn’t take a genius to see what’s happening. Supply/Demand 101.

A record amount of #Bitcoin Options expire this Friday. ($6B)

Previous record was at the end of January ($4B), price went up 80% after. pic.twitter.com/bzoNHwUPtJ

The above events coincide with an estimated $6 billion in Bitcoin options to be expired on Friday. With a high accumulation on Deribit’s platform, the Chicago Mercantile Exchange, and FTX, among others. The last time $4 billion of Bitcoin options expired, the price of the cryptocurrency rose by 80%.

In the long term, the macroeconomic outlook still favors the cryptocurrency with a possible issuance of $3 trillion in debt by the U.S. Government. On miners activity MicroStrategy CEO Michael Saylor stated:

It is rational for publicly traded Bitcoin miners to become net purchasers of BTC rather than sellers.