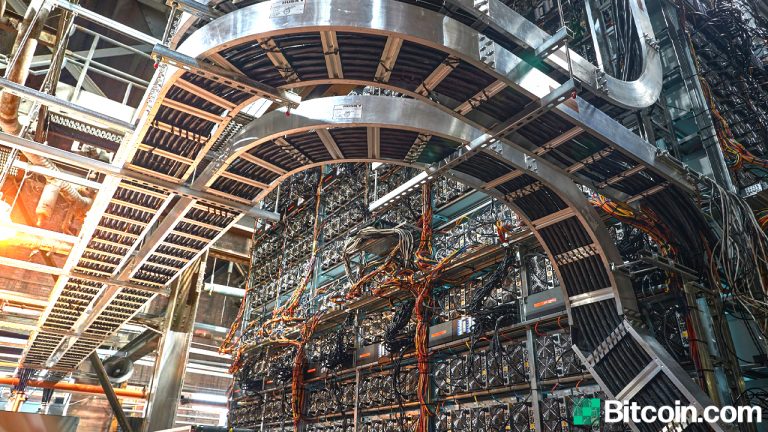 On Friday, the bitcoin mining operation Greenidge Generation has announced that starting June 1st, the firm will be “carbon neutral” for the rest of 2021 and beyond. Greenidge’s announcement follows the recent statements from Tesla and Square after the companies cited environmental concerns over bitcoin mining.

Ever since Tesla cited environmental concerns over bitcoin (BTC) mining and told the public it would not be accepting BTC for electric cars, the topic has spread widely across social media and crypto forums. After Tesla’s announcement, the fintech payments firm Square also told the public it would not make future bitcoin purchases. Now a mining operation based in Dresden, New York has announced that it plans to be “carbon neutral” after June 1, 2021.

Greenidge Generation Holdings Inc. detailed on Friday that the company will offset all greenhouse gas emissions from BTC mining through a portfolio of fully accredited offset credits this summer.

The company highlights that each reduction project “has been reviewed and certified by one of three well- recognized Offset Project Registries, the American Carbon Registry (ACR), the Climate Action Reserve (CAR) and Verra, ensuring that any projects funded by Greenidge reduce emissions or increase sequestration of greenhouse gas in a manner that is real, permanent, and verifiable.”

Jeffrey Kirt, the CEO of Greenidge Generation Holdings believes that the firm is demonstrating the ability to keep BTC mining green.

“Our bitcoin mining capability is already best-in-class and seamlessly integrated with our electricity generation that powers thousands of homes and businesses,” Kirt said during the announcement. “By taking the bold and unique step of making our cryptocurrency mining fully carbon neutral immediately – as opposed to at some distant date in the future — Greenidge is once again leading in environmental efforts,” he added.

We are demonstrating we can provide the same critical transaction verification and processing services to secure the bitcoin network while maintaining a fully carbon neutral footprint. We call on others to join us in significantly reducing greenhouse gas emissions now.

The company remarked that Greenidge is also participating in the Regional Greenhouse Gas Initiative (RGGI). The RGGI program allows states to engage in CO2 allowances via auctions and renewable energy benefit programs.

“The reason our Finger Lakes region loves Greenidge is simple: we are part of the community and we care,” the CEO of Greenidge’s Upstate New York site, Dale Irwin concluded. We have kept our commitment to stop running on coal forever, we operate a clean natural gas plant with modern emissions controls, and we have created a data processing center that offers high-paying tech jobs and spends millions on businesses across our state.”