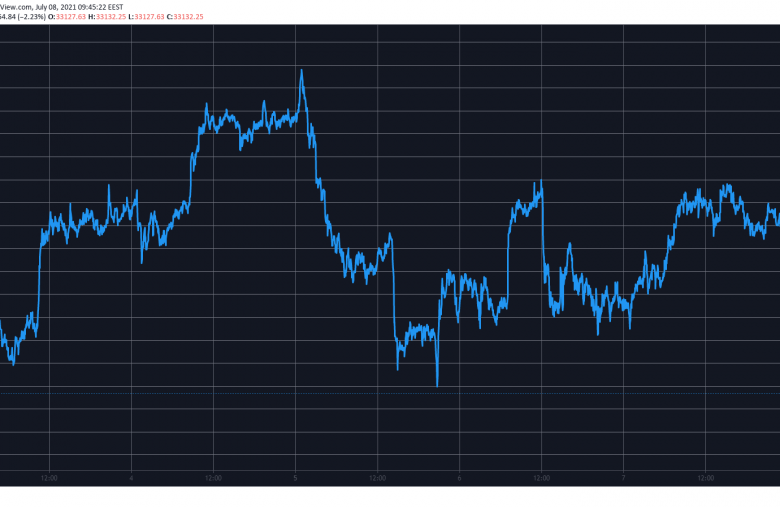 After unsuccessfully trying to break above $35,000, bitcoin reversed its trajectory once more and dumped by over $2,000 in hours. Most alternative coins are also well in red, with the total market cap losing $100 billion since yesterday’s high.

Just a few days ago, during the weekend, the primary cryptocurrency took a swing at $36,000, but it failed and retraced to around $33,000. It went up once more in the following days to approximately $35,000, but more negative information coming from China brought it down by a few thousand dollars again.

However, it seems the Chinese effects have weakened lately, and bitcoin regained all losses relatively quickly. As reported yesterday, it neared and even briefly jumped above $35,000.

Nevertheless, it failed to decisively overcome that particular level as the bears stepped up. In a matter of hours, they intensified the pressure, and BTC lost more than $2,000. As a result, the asset dumped to a daily low of $32,800, which became the lowest price line since July 2nd.

Despite bouncing off and reclaiming $33,000 since then, bitcoin is still more than 4% down on a 24-hour scale, and its market cap is well below $650 billion.

The situation with the alternative coins is similar to a large extent. Ethereum was among the best performers lately, especially after confirmation that the London hard fork will occur in early August. The second-largest crypto pumped to a 3-week high at well over $2,300.

However, ETH has dropped by more than 7% since yesterday and is close to breaking below $2,200 as of now.

Interestingly, Flow (33%), Stacks (19%), and BakeryToken (11%) have charted impressive gains in this bloody day. Most other lower- and mid-cap altcoins are deep in red as well.