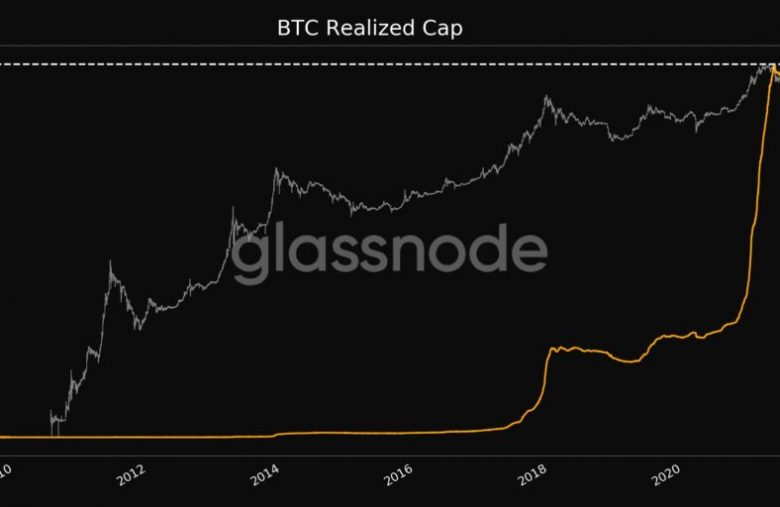 Bitcoin has registered a new ATH… But not in price but in realized Market capitalization —and it is good news for the ecosystem.

Well, whoever thought that the bearish sentiment was going to kill Bitcoin was wrong, very wrong. What’s more, one statistic suggests that Bitcoin could be more valuable today than ever before for the ecosystem – including its ATH days.

Bitcoin’s total “realized” market cap today surpassed the numbers registered in April 2021 when its price had topped out.

The statistic was shared a few hours ago by the blockchain data provider Glassnode via a tweet as BTC registered a realized cap of $378,768,190,450.72.

Why Does the Realized Cap Matters For Bitcoin

The realized cap is a way to have a slightly more “real” or honest measure of the total value moved with Bitcoin. The market cap is a very popular statistic among cryptocurrency enthusiasts obtained by multiplying the current price of one Bitcoin by the number of Bitcoins currently in circulation.

This provides a better approximation of the value moving on the network. For example, Satoshi’s coins, or coins that have been lost, do not have the same weight as those used this week to make some transactions.

The fact that Bitcoin currently has a higher realized capitalization than that recorded during the April ATH is a sign of optimism as it indicates an increase in the network activity, possibly pointing to greater adoption or even greater confidence in BTC as a medium of exchange.

Moreover, Bitcoin’s market capitalization has surged as the price of the token increases and recovers from a crash that took it to trade below $30k; however, it is still well below its all-time high of $1.1T. Earlier this week, the total crypto market cap reached the $2 trillion mark.

BTC Gets Better and Better

There are other circumstances that attest to Bitcoin’s maturity as an asset.

Recently, the Core developers launched the Taproot update to increase the security and efficiency of the network. In very general terms, Taproot makes it possible to group several signatures into a kind of single master key, making transactions more private and taking up less space on the network – and thus requiring fewer fees.

Each green square is a Bitcoin block signaling to be ready to adopt Taproot.

This upgrade will be implemented by the end of the year.

Separately, the most recent mining difficulty adjustment also means good news. Higher mining difficulty shows that there is greater security on the network. This also means that the negative episode of the Chinese crackdown is ending and Bitcoin miners are looking for ways to move forward with their activity.