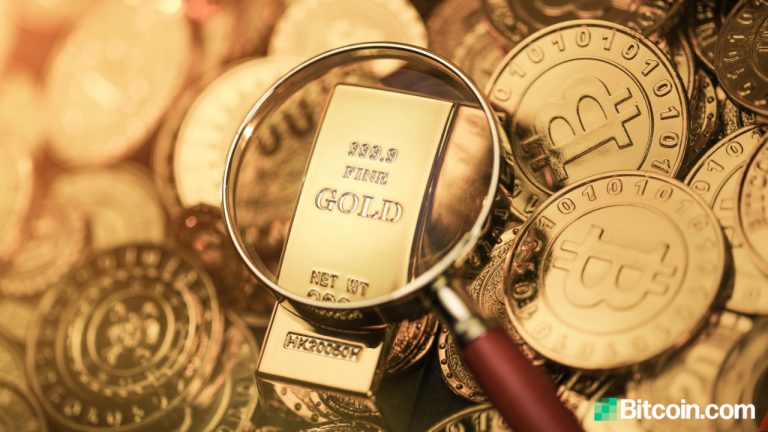 The bitcoin vs. gold debate between gold financier Frank Giustra and the pro-bitcoin Microstrategy CEO Michael Saylor took place this week. In what viewers call an “epic” debate and a “historic” event, Saylor packed his arguments full of facts to convince Giustra to sell his gold and invest in bitcoin. Giustra, however, attacked how Saylor and the crypto community promote the cryptocurrency, calling it “cult behavior.”

The Bitcoin vs Gold Debate Between Michael Saylor and Frank Giustra

The debate between gold financier Frank Giustra and Microstrategy CEO Michael Saylor on the topic of bitcoin vs. gold premiered on Wednesday. The two-hour debate was hosted by Stansberry Research and moderated by Daniela Cambone.

Giustra is CEO of the Fiore Group, a private firm managing a broad portfolio of private equity investments and companies. He also founded Lionsgate Entertainment, one of the world’s largest independent film companies. Saylor is the CEO of Microstrategy, the company which has amassed almost 100K BTC in its treasury.

The debate covered six main topics: asset comparisons, risk factors, historical performance, supply dynamics, ownership structure, and market forces. Saylor said prior to the debate that he was “On a mission to convince Frank Giustrato to sell his gold and buy bitcoin.”

However, after listening to Saylor’s extensive argument about why bitcoin is superior to gold, Giustra is still not convinced he should sell his gold. Insisting on portfolio diversification, he focused on attacking the way the Microstrategy CEO promotes bitcoin in his closing remarks.

“You can’t keep on selling this as a guaranteed winning lottery ticket and as a cure for all the world’s ills, some Utopian fantasy you are selling here. This isn’t snake oil and you should stop selling it in that fashion,” Giustra opined. Calling the future that Saylor described, where the only asset class one needs to own is bitcoin, “sheer fantasy,” he argued: “We live in a very very competitive ugly world. I just don’t see he’s going to achieve that sort of global Utopian vision that bitcoin can answer the problems to everything in this world.” Giustra elaborated:

He proceeded to criticize the way Saylor talks about bitcoin, stating, “I find your style of promotion as misleading and full of hype.”

He then attacked the crypto community’s way of supporting bitcoin. “I also don’t like the style in which social media is being used to bully critics … The gimmicks and slogans, like the laser eyes, cyber hornets, and have fun staying poor. All this stuff to me smells like a cult, a cult behavior.”

In conclusion, he said: “What I like to do is diversify. You never put your eggs in one basket. That’s about the dumbest investment advice anybody can give. My suggestion to investors is to diversify a portfolio, skewed towards hard assets … that include real estate, gold, art, and bitcoin if you like. Buy bitcoin, knock yourself out, it’s probably will go higher I’ve said that before. But the best strategy might be if you are going to buy bitcoin, hedge it with gold because that is gold’s purpose.”

Saylor addressed diversification in his closing remarks. “Diversification makes no sense when there’s a cracked answer to an engineering problem. You will never diversify the metal in an aircraft wing, or the answer to a math problem, or the shape of the ship’s hull, or the oxygen content in a scuba tank. When the cabin depressurizes, you don’t place an oxygen mask on 10% of your family. Money is a winner-take-all competition. There is an answer. Choosing the wrong answer has dire consequences.”

Michael, you are doing your followers a disservice by telling them to sell their gold … To sell their gold is the worst thing they could be doing because they’ll need it as a portfolio diversifier because it’s inversely correlated to what I think bitcoin is and what equities are.

On Twitter, many people in the crypto community praised Saylor for doing a superb job, while some gold proponents cheered Giustra. A number of viewers called the debate “epic,” a “historic” event, and a “must watch.”

Some crypto proponents are not impressed by Giustra’s performance. One tweeted: “Giustra should have prepped by actually learning about bitcoin. His criticisms were baseless and juvenile. He demonstrated a complete lack of understanding of the topic. Saylor won that debate by a landslide. He also just kept insulting Michael Saylor instead of actually arguing. I was extremely disappointed.”