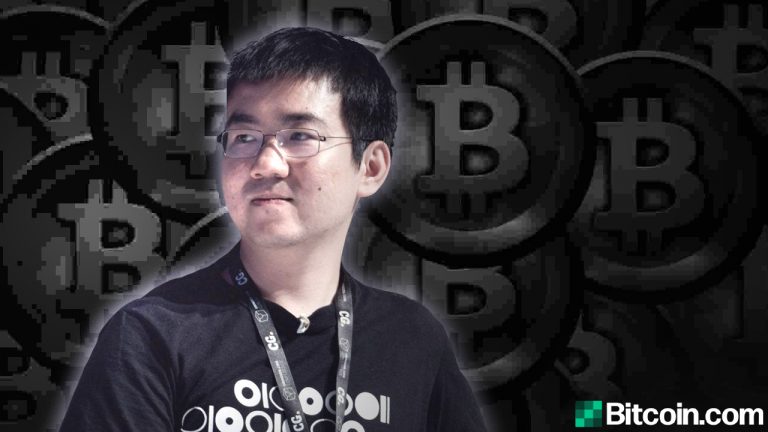 During the Second 421 Wet Season Festival and Mining Ecology Conference the Chairman of the Bitdeer Group and cofounder of Bitmain, Jihan Wu spoke about institutions flocking to cryptocurrency mining. During the event Bitdeer outlined the company’s computing partnerships and its plans to make digital currency mining greener.

Two weeks ago, Bitdeer Group, the corporate organization behind the web portal bitdeer.com, announced the firm has been granted funding for $12 million from the Hong Kong subsidiary of Genimous Technology, Genimous Investment.

The funding aims to be allotted toward the development of Bitdeer’s cloud mining services. Bitdeer was founded by Jihan Wu and is backed by Sequoia Capital, IDG, and other financial institutions.

At the Second 421 Wet Season Festival and Mining Ecology Conference, Jihan Wu, spoke to the crowd about institutions stepping into the digital currency mining realm.

Wu said at the conference:

In the long run, the blockchain industry is bullish and is the biggest opportunity. The innovations in this industry may even surpass the Internet itself.

The Bitmain cofounder stressed at the event that well known firms entering the crypto space would continue and he expects the crypto economy to swell. While talking about a lot of positives in the cryptocurrency space, Wu said there will be some challenges and emphasized the industry needs to build “credible value.”

Wu further explained that digital assets are not fringe anymore and have become recognized by the world’s financial powers.

“This is good for the industry as it indicates that it’s being increasingly recognized by mainstream finance,” Wu remarked during his presentation. “Be it as a new operational direction for the company or as a new type of financial investment, I believe that more and more big-name companies will continue to enter this industry in the future.”

“Bitdeer Group has made preparations in order to adapt to the mining industry trends and market changes head-on,” Matt Kong, Bitdeer Group’s CEO said during the conference.