Brian Brooks Leaves Binance US, Citing ‘Differences’ With the Board —Just As The Head of Binance Brazil Did 3 Weeks Ago 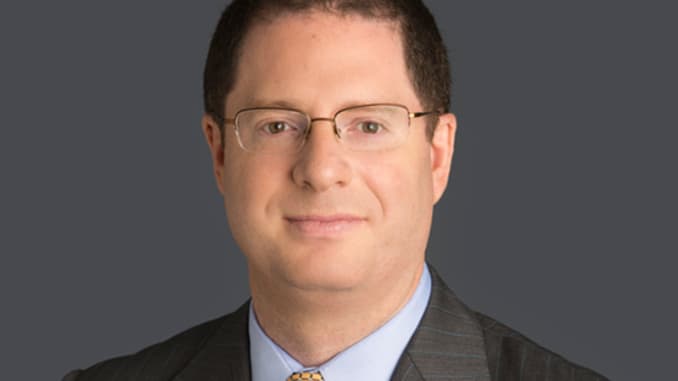 A few hours ago, Brian Brooks announced his resignation as CEO of Binance US, a position that he assumed on May 1st of this year.

On his personal Twitter account, Brooks did not elaborate much on the details, simply explaining that there were differences over the strategic direction of the exchange.

Greetings #crypto community. Letting you all know that I have resigned as CEO of ⁦⁦⁦@BinanceUS⁩ . Despite differences over strategic direction, I wish my former colleagues much success. Exciting new things to come!

Brooks assured that he holds no grudges against the company and wished his colleagues the best of futures.

Binance CEO, CZ, issued an official statement following Brooks’ resignation, assuring that his departure will not impact users. He did not devote any words to the now-former CEO of Binance US.

The (Not So) Perfect Fit For Binance US

In a relatively surprising event, Brooks took over as CEO of Binance US, replacing Catherine Coley, a woman who worked hard to position Binance in the spotlight of the North American market.

After her substitution, Catherine Coley has remained in almost absolute silence, which some see as resentment and others see as caution in the face of possible legal proceedings.

Brooks’ profesional record made him a golden candidate to lead Binance’s efforts to consolidate its position in the U.S. market. Binance is currently in the crosshairs of several regulatory bodies worldwide for allegedly lacking a central office, offering deivatives without obeying the law, and operating without proper licensing. The United Kingdom, Italy, Malaysia, Japan, and Malta are some of the countries that have issued warnings against Binance.

However, Brian Brooks comes from a privileged position as former president Trump’s Comptroller of the Currency, with a previous leading role in Coinbase, so he was a strategic acquisition in an effort to get closer to regulators and major players inside the US crypto industry.

Inconsolable Differences Are a Recurrent Issue in Binance

Differences in views seem to be a recurring theme among the platform’s top management, especially those responsible for running Binance’s regional branches.

Just three weeks ago, the country manager of Binance Brazil publicly resigned after 6 months of being in charge of the subsidiary.

In an open letter published on his personal Linkedin, Ricardo da Ros, former Country Manager of Binance Brazil, expressed that he made the decision to leave the exchange due to professional differences with the company’s top management:

“After 6 intense months as Country Manager at Binance, I decided to leave the company.
There was a misalignment of expectations about my role, and I made the decision according to my personal values.”

Da Ros did not elaborate further on what expectations Binance’s board had when hiring him. Still, she assured that he was leaving his position with peace of mind and satisfaction with his achievements:

“The team at Binance Brazil is excellent, and the company has excellent products and services. I just wish them luck in their next steps to follow a positive path in the Brazilian market.
I remain calm and satisfied with the excellent results obtained in Brazil in these 6 months, and I should take the following weeks of vacation to rest my body and mind”.

During the last four months of its short six-month tenure, Binance managed to position itself as the leading cryptocurrency exchange in the Brazilian market. According to a report by Cointrademonitor, in June, Binance concentrated 33.5% of the total Bitcoin trading in the country.

In addition, the support of cryptocurrency purchases with credit cards and bank transactions, as well as the ease of withdrawals to bank accounts, positioned the exchange as a solid competitor to other long-established and reputable platforms.

The discrepancy in expectations could be due to a couple of legal disputes after Binance entered the Brazilian market. Although the Brazilian branch started operations in 2019, it has not been without legal issues.

Perhaps the most significant obstacle has been the ban by the CVM (the Brazilian equivalent of the SEC) on Binance offering derivatives trading support in Brazil.

CVM Declaratory Act No. 17,961 of July 2, 2020, expressly prohibited support for Binance Futures (and by extension, the now halted trading of tokenized stocks) which represented a major blow to Binance.

Subsequently, the Brazilian Association of Cryptoeconomics, a group created by the union of several local exchanges, accused Binance of operating illegally in the country.

Unfortunately, despite progress, Ricardo da Ros was unable to resolve these issues in a favorable way to Binance.

However, the now-former Country Manager goes with a successful mark. His previous experience in Ripio (another major Latin American exchange) could be more than enough for him to get a new exciting position in the local crypto industry.