Bullish for Bitcoin? 39 Million US Households to Receive up to $3.6K Monthly Stimulus Starting July 15th 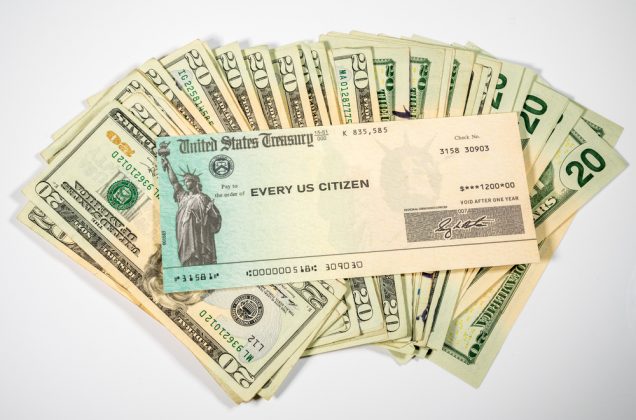 A new rule under the hat of the COVID-19 relief bill will see 39 million US households receive up to $3,600 monthly starting from mid-July. Given the history between BTC’s price appreciation since the first-ever stimulus bill, the narrative rises now if this latest endeavor will push bitcoin higher again.

39M American Families to Receive up to $3.6K Per Month

The COVID-19 pandemic pushed the US government (and many others) to undertake extreme measures to help alleviate the financial pain for its citizens. The stimulus checks were among the initiatives, and the first ones reached their recipients in April 2020.

Since then, the government passed a few more similar bills with new checks sent to the majority of the American population. As Reuters reported on May 17th, another set of measures is coming for certain citizens.

Operating as part of the relief bill signed into law by President Biden in March, it will work as a tax credit available to some parents. Those who have children under the age of six (in 2021) will receive up to $3,000 or $3,600 for each child – subject to income restrictions.

According to Reuters, this means that 39 million households will automatically or by direct deposit receive the funds every month, starting on July 15th.

Biden has also asked Congress to extend the tax credit for the next four years. His administration believes these measures could “lift more than five million children out of poverty” – which is nearly 50% of the youngsters.

While the government justifies the relief bill by helping its population, these multi-trillion dollars have to come from somewhere. In the US case, central authorities had to print excessive amounts of the greenback in relatively short periods.

Thus, some reports estimated that more than a fifth of the circulating USD had been created in 2020 alone. This raises concerns about potential inflation and even hyperinflation among experts.

Shortly after the first stimulus checks reached their destinations, several legendary traditional investors, including Paul Tudor Jones III and Stan Druckenmiller, highlighted the idea of purchasing bitcoin to protect themselves against inflation.

After all, bitcoin has a pre-determined total supply of 21 million coins. The halving occurring every four years assures decreasing inflation. Consequently, PTJ, Druckenmiller, and many, many more, opined that BTC could serve as a digital store of value.

JPMorgan (and others) even said bitcoin is eating away the market share of the traditionally regarded as the ultimate safe-haven asset – gold.

This adoption from prominent names resulted in a substantial price appreciation for BTC in the next 13 months (since the first checks). The asset traded around $6,000 in April 2020 before it skyrocketed ten-fold by April 2021. Despite its most recent correction, bitcoin is still significantly higher than the pre-relief bill levels.

As such, the latest government initiative could push investors towards BTC once again in search of an asset with a limited supply.these