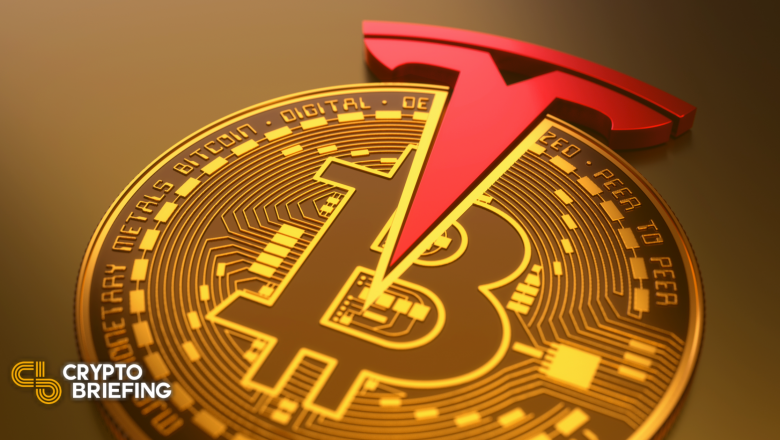 The shocking announcement made by Tesla and its CEO Elon Musk took the cryptocurrency space by storm. The company’s decision to remove BTC as a payment option for its vehicles and services brought prices down and attracted the world’s attention.

Before heading to the community’s comments, let’s briefly review Musk’s history with bitcoin. It’s has been a rather controversial one, and the past 24 hours only reaffirmed this.

The billionaire used to question BTC’s merits before suddenly changing his tune in early 2021 and regretting not buying any portions years ago. Shortly after, one of the companies he runs, Tesla, bought $1.5 billion in bitcoin – the purchase was in January 2021.

Musk was significantly more positive on the primary cryptocurrency and even defended the move in a Twitter debate against Peter Schiff.

In the following weeks, Tesla added BTC as a payment method for its electric vehicles and said it would retain the funds in bitcoin instead of converting them into cash.

The relationship between Musk and bitcoin was never better, but then Tesla said it had sold a small portion of its initial investment. The company’s CEO argued that the decision was just to test BTC’s liquidity – a test that the cryptocurrency passed.

Hours ago, Musk made another somewhat controversial announcement saying that Tesla has halted bitcoin payments and cited the asset’s high energy consumption as the reason.

The consequences were immediate as prices fell hard. Bitcoin lost more than $12,000 in a day to a two-month low.

Being one of the most influential people in the modern era and the leader of one of the largest companies, Musk’s announcement caught the attention of pretty much everyone. Aside from traditional media rushing to cover the shockwaves, the crypto community took numerous swings at the billionaire.

Michael Saylor, the CEO of MicroStrategy, who is among the most well-known BTC proponents and may have something to do with Tesla’s initial decision to buy bitcoin, was among the first to respond.

“Ironic because no incremental energy is used in a bitcoin transaction. The energy is used to secure the crypto-asset network, and the net impact on fossil fuel consumption over time will be negative, all things considered.” – he wrote.

Ironic because no incremental energy is used in a #bitcoin transaction. The energy is used to secure the crypto-asset network, and the net impact on fossil fuel consumption over time will be negative, all things considered.

Anthony Pompliano noted that “this energy story has been debunked over and over again” and added that “75% of miners use renewable energy.” A recent VanEck report actually supported Pomp’s assertion.

Binance’s CEO, Changpeng Zhao, commented: “Elon probably did not research how much energy is required to run other (non-crypto) currencies that Tesla accepts.”

Elon probably did not research how much energy is required to run other (non crypto) currencies that Tesla accepts. 😂 https://t.co/oSwfIBoOsD

Galaxy Digital’s CEO, Mike Novogratz, opined that Musk’s actions could actually be favorable for bitcoin in the long run as he “is using his considerable influence to push BTC mining towards a greener future.”

The Twitter storm didn’t stop with the executives. Prominent on-chain analyst Willy Woo breached a recent social media conversation between Jack Dorsey and Elon Musk. In it, Tesla’s CEO agreed with a post by Square’s CEO indicating that “bitcoin incentivizes renewable energy.” That was about three weeks before Musk and Tesla halted BTC payments.

Elon asks the community whether DOGE (a proof of work coin, secured by energy) should be accepted by Tesla, and in the very next tweet announces Tesla is no longer accepting BTC due to energy reasons. Tell us what's really going on @elonmusk. pic.twitter.com/FW4XNkr1yL

Saifedean Ammous, the author of the Bitcoin Standard book, was a bit more critical of Musk, as the following tweet shows:

Is there a more fitting mascot for fiat than the richest man in the world being a pathetic fickle little bitch whose only motivating principle in life is freaking out about CO2 to secure government subsidies to make expensive toys for rich people?https://t.co/siecSgbI2K

Another compelling comment came from the popular YouTuber Chris Dunn. He revealed plans and later displayed screenshots of canceling a Tesla Cybertruck order. What made the cancellation even more intriguing was the feedback he left for the company:

“Elon said Tesla will no longer accept bitcoin as payment because it “comes at great cost to the environment.” This is incorrect and disingenuous. I cannot support someone who pumps altcoins to uninformed people on TV, then claims bitcoin is the problem. I hope Elon and Tesla rethink their stance on bitcoin. Until then, please cancel my cybertruck order.”

Following Musk’s announcement, one of the leading cryptocurrency reward companies, Lolli, said they will discontinue giving paybacks for Tesla purchases.