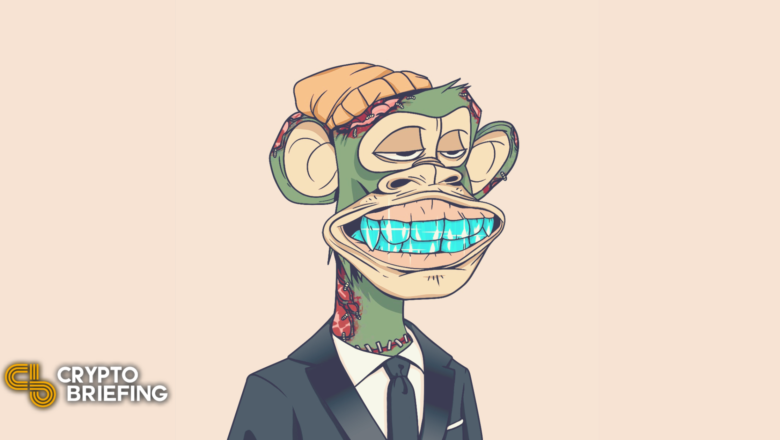 NFTs are continuing to command high prices at the world’s premier auction houses.

Christie’s, the biggest auction house by sales volume, concluded its “No Time Like Present” sale Tuesday morning, with the NFTs in the collection totaling a combined sales value of $12 million. The online sale was conducted by Christie’s Hong Kong and included several NFTs from CryptoPunks, Bored Ape Yacht Club, and Meebits.

Of the 14 NFTs sold, a CryptoPunk took the top spot, selling for $4.3 million. While the rare zombie Punk, of which only 88 exist, was the highlight of the sale, it fell short of breaking the record for the most expensive CryptoPunk ever sold. In June, an even rarer alien Punk sold at rival auction house Sotheby’s for $11.75 million.

Along with the zombie Punk, five other CryptoPunks, four Bored Apes, and four Meebits were also up for sale. Those looking to purchase the NFTs were able to bid with either Hong Kong dollars or Ethereum in the online auctions.

Today’s NFT sale is one of several similar auctions conducted by top auction houses this year. In February, Christie’s kicked things off, being the first to host a major NFT sale with the digital artist Beeple’s “Everydays: The First 5,000 Days.” Since then, NFTs have become a somewhat regular feature at fine art auction houses. Most recently, Sotheby’s concluded a sale for a troupe of 101 Bored Apes. The auction closed at $26.6 million, a Sotheby’s record for an NFT sale.