Circle Doubled Its Value To $9 Billion With New SPAC Deal 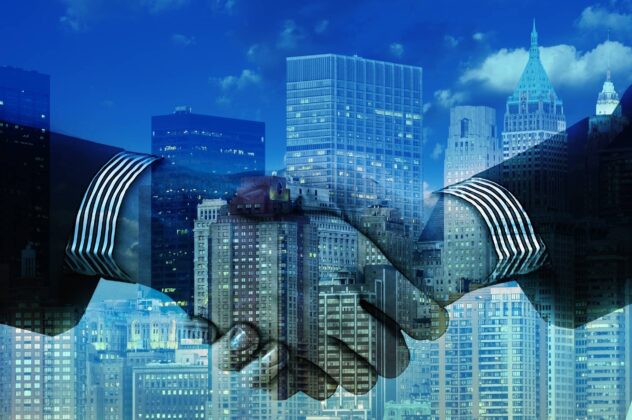 On Thursday, US-based financial firm Circle announced that its new SPAC deal with Concord Acquisition Corp to list on Wall Street had ballooned its value to $9 billion. Concord, a blank-checked company, is led by former Barclays boss, Bob Diamond.

Circle, a blockchain-based payment company pegged with stablecoin USDC, described that it had prepared plans to merge Concord Acquisition Corporation and is on the way to listing it on New York Stock Exchange.

This deal came to happen despite a previous arrangement of $415 million having collapsed, making the combined company value around $4.5 billion. But, Circle said it would refer to merging a firm whose investment lies between $7.65 billion and $9 billion. The higher investment that it claimed has brought “improvements in Circle’s financial outlook and competitive position.”

The financial firm urged its digital currency’s market value has increase more than twice from $25 billion (at the time of signing the prior SPAC agreement) to $52 billion worth of USD coin now in circulation. The previous deal is expected to end up in December, with the company lame excuses for not being fully authorized to merge before the closing date of April 2022 because of “a variety of reasons outside the parties’ control.”

Following the trend of big corporations pouring into crypto-oriented businesses, Circle’s announcement is not unusual. Similarly, a new funding round of FTX has surged its value to $32 billion last month.

Prior funding arrangements have been terminated, including investors such as Fidelity Management & Research, Marshal Wace, and some referred accounts of Cathie Wood’s company Ark Investment, says Concord. But the firm hopes to raise $750 million from private investors for newly signed arrangements.

Circle Aims To Set A Bridge For Traditional Payments

Jerry Allaire, chairperson and co-founder of the Circle firm, adds;

Being a public company will further strengthen trust and confidence in Circle and is a critical milestone as we continue our mission to build a more inclusive financial ecosystem.

The blockchain firm also expressed its intentions to roll out its digital currency in the non-crypto currency economy as a trusted and regulated option for payments. Circle, which operates its stablecoin on Coinbase exchange, is looking for a banking license to come to that end.

In addition, USD coin is in process with payments firms such as Visa and Paypal for transaction settlement. The firm has pitched its digital coin as a tool for cross-border relief and humanitarian aid. Cryptocurrency stable coins aim to set a bridge between traditional money over crypto market volatility. These coins are also being used as collateral when buying new cryptocurrencies.

Circle company is also famous for being co-founder with Coinbase in the Centre consortium, responsible for managing the company’s stable coin, USDC. The coin value is equal to $1 at any point in time.