Coinbase IPO Set for April 14 via Direct Listing on Nasdaq 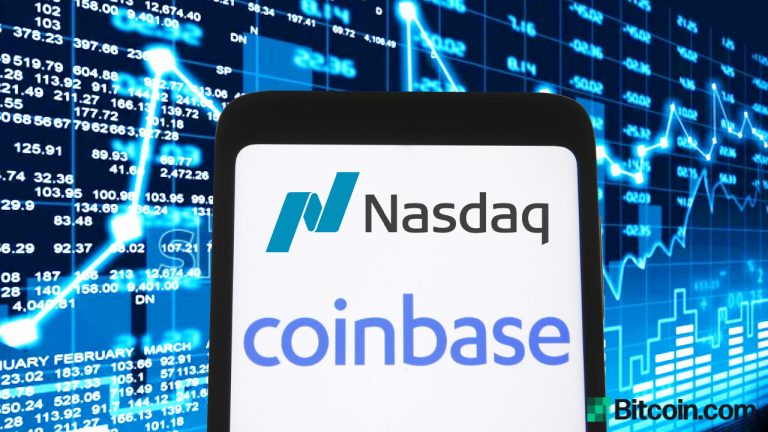 The U.S. Securities and Exchange Commission (SEC) has greenlighted Coinbase’s initial public offering via a direct listing on Nasdaq, the company has confirmed. Coinbase’s IPO is set to debut in two weeks, on April 14.

Coinbase IPO to Debut in 2 Weeks

Coinbase Global Inc. announced Thursday that the U.S. Securities and Exchange Commission (SEC) has declared its registration statement relating to its initial public offering (IPO) effective. The company has also set a date for its IPO, stating:

Coinbase anticipates that its Class A common stock will begin trading on the Nasdaq Global Select Market under the ticker symbol ‘COIN’ on April 14, 2021.

The IPO was pushed back from March following enforcement action by the U.S. Commodity Futures Trading Commission (CFTC), according to Bloomberg. The derivatives watchdog fined the crypto exchange operator $6.5 million “for reckless false, misleading, or inaccurate reporting as well as wash trading.”

Coinbase was valued at about $90 billion in its final week of trading on Nasdaq’s private market, the news outlet further conveyed. The company is going public through a direct listing. Last week, Coinbase announced that it is setting up an office in India amid regulatory uncertainty as there are reports of the Indian government planning to ban cryptocurrencies.

The crypto community on social media is excited to hear that Coinbase will IPO in two weeks. Microstrategy CEO Michael Saylor, whose company has amassed almost 100K BTC, said: “Congratulations to the entire team at Coinbase. This listing will accelerate institutional adoption of bitcoin and catalyze a host of complementary industry initiatives.”