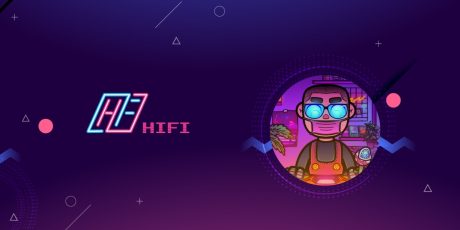 A viral new project in the play-to-earn gaming sector called HIFI Society has set its sights on industry dominance through a battle-tested play in blockchain and crypto-community building.

In this article, we look into how they plan to do this with a toolkit involving gaming, cryptocurrency and NFTs.

HIFI is an emerging crypto Play-To-Earn gaming project that seeks to be a leader in the industry. It is the first major project in the HIFI Society ecosystem.

HIFI wants to build pathways for gamers as well as artists by helping them build their professional careers on the blockchain. Simultaneously, their platform is built to attract gaming studios and gaming devs to list their older games and reactivate revenue utilizing HIFI’s reward engine. Its gameplay economics platform includes over thirty retro video games, as well as experiences and rewardable services. And it’s built to get better with age. Equipped with a proprietary gameplay analytics backend set to allow HIFI to constantly improve their user experience based on players’ activity.

In a cryptocurrency industry rife with pump and dump schemes as well as well-meaning projects too focused on short-term price action, the individual user is often left behind.

The team behind HIFI chose a different direction. Long-term price appreciation is dependent on use cases and a strong community. So they put the community and the users first. The value of a platform and its cryptocurrency tokens are only as valuable as it is valuable to its users.

HIFI seeks to target, engage and retain different elements of the community according to their need:

Already in beta testing with over 1,000 users, as well as boasting a community of over 5,000 users on Twitter, HIFI seeks to combine the traditional successful elements of a fun user experience with the innovations of the blockchain. Here’s a closer look into what’s built into it.

The first element that HIFI taps into is the nostalgia of game players that users have for retro gaming. They have acquired dozens of games from the ’80s, ’90s and 2000s and one of these is ideally built for keyboard play, others for joystick plays. Their goal was to provide something for a wide array of gamers.

After platform launch, one of the next steps on the roadmap will include implementing staking rewards. More serious play-to-earn competitors can increase their earnings in this way.

Additionally, $HIFI will engage in a quarterly token burn, buying back tokens and destroying them to decrease the supply, create upward price pressure and incentivize all community participants.

With HIFI Society’s gaming platform set to launch within the month, they have already set their eyes toward building other elements of their ecosystem, which will dovetail with HIFI Gaming.

The next phase will include launching NFTs on popular third-party marketplaces, introducing artists, musicians, and gamer influencers with co-branded NFTs and activating NFT utility on their own NFT marketplace, which will be for artists as well as gamers using the system. There is also a plan to incorporate yield farming. This was one of the reasons the team chose to build the $HIFI token on the Binance Smart Chain.

HIFI’s target is a large, vibrant and growing community, with an array of different participants that are each rewarded for their participation, and a platform that supplies their demands.